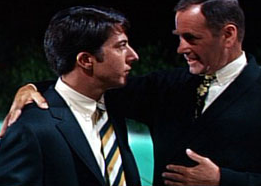 The market for these apps could be over $1 billion by next year, Munuster wrote in his research notes this morning.

Of course, this $1.2 billion market size falls under Munster’s “Agrressive Case” scenario in which there are 85 million iPhone and iPod Touch users through the end of next year, 95 percent of whom would need to actively use the store. Still, given that Apple has the device available in six countries right now but will have it in some 70 countries by next year, it’s perhaps not entirely unreasonable to go along with these projections.

More interesting is Apple’s position on the store. Jobs said earlier this year that the company never intended to make money off of the App Store, as Digital Daily reminds us. Yet, even under Munster’s “Conservative Case” scenario (see the chart below), Apple would be pulling in $125 million, and walking away with nearly $100 million in profit. Jobs claimed money the store brought it would be used to maintain it, but even these low ball figures seem like a bit much for only that.

Of course, a survey taken at WWDC suggested that 70 percent of all planned iPhone apps may be free. “Free” tends to not help revenues too much. But in Munster’s “Neutral Case” scenario, consumers would download two apps a year – one free and one paid. So he at least somewhat takes into account free applications.

With everyone all in a tizzy over the new iPhone 3G could we be looking past the even more significant launch, the App Store?

As an aside, don’t believe the rumors that the App Store will launch on June 27, it’s still coming July 11.