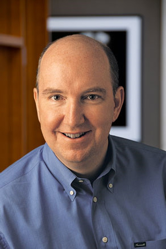 MySpace isn’t the only social network with a new chief executive — Hi5 has one, too. It’s Bill Gossman, a serial entrepreneur who most recently was the chief executive of behavioral ad-targeting company Revenue Science (since renamed to Audience Science).

Hi5 has had a turbulent couple of months, laying off nearly 40 percent of the staff in March after having failed — from what we’ve previously heard — to raise a new round of funding. Gossman’s focus on monetization, combined with hi5’s new focus on making money from “social entertainment,” seems to mean that the company is headed towards a more profitable future.

While the San Francisco-based company has some 63 million monthly active users around the world, most of those users are in countries where advertisers don’t spend a lot.

The company changed focus late last year to build out its gaming and virtual goods business, which could be a good way for the company to make money from its user base. Co-founder and chief executive Ramu Yalamanchi tells me that he’ll be heading up products and technology now, focusing on its gaming initiatives. His new title is Chief Product Officer.

Hi5 has previously projected around $25 million in revenue this year from a mix of advertising and games. It has recently been inking deals with gaming services like game-provider and in-game ad network Mochi Media and payment company PlaySpan to help it expand in the latter area.

The press release, below:

This change augments the hi5 executive team with seasoned leadership, particularly around monetization of the company’s huge global audience of over 60 million monthly uniques.  As the former CEO of Audience Science, Bill brings considerable expertise in online advertising, behavioral targeting, and other forms of audience monetization.  He has also built and led several companies through similar stages of their organizational growth.

“The founding team at hi5 has built a tremendous asset in one of the world’s largest online communities, and a truly global distribution and monetization platform for games and other social entertainment content,” said Gossman.  “I’m excited to be joining the organization to help leverage that asset by focusing on our continued leadership in the social entertainment space and building a scalable, highly profitable business.”

As Chief Product Officer, Ramu will focus his operational responsibilities on leading the product and engineering organizations to deliver innovative, world-class features that differentiate hi5 in the social entertainment space – particularly extending hi5’s successful micro-payments infrastructure and maximizing that revenue stream for the business.

“It is great to have Bill joining hi5 at this exciting stage of our business,” said Yalamanchi.  “We have been incredibly successful in building a huge global audience and pioneering the social entertainment space.  Bill brings highly applicable, stage-relevant leadership experience, particularly in monetizing online traffic and building scalable sales organizations, that will help take our company to the next level.”

With over 25 years experience leading high-growth organizations in the digital media space, Bill helped pioneer the behavioral targeting category at Audience Science and is an expert in monetizing online audiences.  His previous positions include CEO of Sabrix and founder and COO/CFO of @mobile, a wireless Internet software company sold to Software.com for $400 million.  Bill is a former partner and current executive in residence at Mohr Davidow Ventures, the lead investor in hi5.

Headquartered in San Francisco, hi5 is one of the world’s largest and fastest growing social entertainment sites. Our focus is on delivering a fun, interactive, and immersive social experience online to our users around the world.  With over 63 million unique visitors every month, hi5 is a top 20 website globally and the number one social site in dozens of countries across Latin America, Europe, and Asia. The service is available in over 50 languages, delivering localized content, games and other applications to users worldwide. For more information on hi5, visit http://www.hi5.com