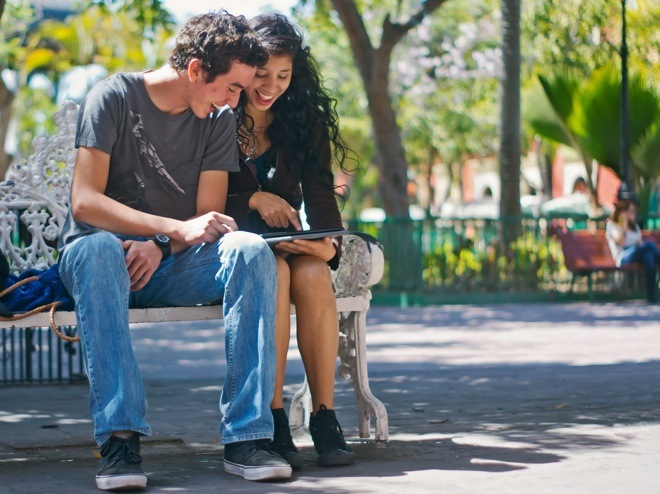 Arum Kang, the female founder and Harvard Business School graduate wanted to make online dating easier, less random and more private. She was inspired by daily deals sites and her sister Soo’s frustrations with dating in New York. Rather than having to search a database of daters, she wanted to deliver a date per day, at noon on the spot, to your email inbox. By linking through Facebook authentication, CMB is able to set the user up with a friend of a friend, instead of just some random stranger, hopefully vetting for quality.

Once you receive the noon e-mail, you can see the your match’s uploaded photos (1-3), some basic information (astrological sign, age, employment, likes, dislikes), and then –again, back to this dead simple concept — either Like or Pass on the match. If you Like the match, CMB sets the two of you up with a private phone line for 7 days on which to text and decide where and when they’ll meet. If you pass, a box shows up asking for feedback on why (looks, profession, etc) and by giving feedback to the other dater, the user may receive a CMB “bean.”

Beyond the simple matching system, CMB adds an aspect of an online shopping and gamification to their dating play. A user accumulates coffee beans, which can then be redeemed for drinks, events, products, and more. If a member refers new members, they’ll accumulate more beans to redeem.

Robert, a recent CMB convert in NYC says, “Since matches are emailed daily and those mutually interested are connected instantly by SMS, users have a high sense of momentum in meeting their match…the ease of CMB makes it a no brainer for any singleton in the city.”

If you’d like Coffee Meets Bagel to launch in your city, simply sign up on the site and get 1,000 of your friends to as well. The company plans on launching in 4 more US cities before the end of 2012.