Facebook Connectivity showed off new technologies designed to help bring the next billion people online to a faster internet. The tech includes a robot called Bombyx that can rapidly install fiber-optic cable over telephone wires in a fraction of the time it usually takes.

It also showed off Terragraph, a wireless tech that can deliver fiber-like wireless networking in the “last mile” in areas that are harder to reach with cables. And Facebook also showed a new segment of subsea cables, dubbed 2Africa Pearls, that has become the world’s longest subsea cable system, connecting the internet across Africa, Europe, and Asia. That cable could triple the amount of internet bandwidth reaching Africa, said Facebook chief technology officer Mike Schroepfer in a press briefing.

This is pretty amazing tech, and it comes in a week that could be described as Facebook’s worst week ever. Last week, the Wall Street Journal wrote a series of stories on how the company failed to consider the interests of teens on Instagram over its own interests in profits. Then on Sunday, former Facebook employee Frances Haugen, the whistleblower who provided the secret info, went public on 60 Minutes as she blasted the company for its practices. And then Facebook had a day-long outage that disrupted social media across the world.

The presenters included other project leaders including Dan Rabinovitsj, Cynthia Perret, Karthik Yogeeswaran, and Yael Maguire. The robot was the sexiest project. It grabs onto a telephone wire atop telephone polls. Then it slides along the wire and its rear part rotates, automatically wrapping fiber optic cable around the telephone wire. Since the robot can speed along the wire and even navigate past the poles, it can dramatically speed up the time of installing fiber and cut its costs as well.

Facebook said it has already connected more than 300 million people to faster internet service. As the internet becomes more pervasive, the tech for bringing people online has not kept pace. Even as per-person data consumption increases by 20-30% every year, nearly half the world is being left behind — either lacking adequate access to the internet or remaining completely unconnected, the company said. While fiber has huge potential for improving connectivity, more than 70% of the world still lives over 10 kilometers away from fiber as of 2019.

“People are eager for even better ways to connect than what exists today, and there is still a lot to do to improve that digital experience,” said Schroepfer. “A set of new virtual spaces — which many people are already calling the metaverse — will help answer this challenge. It will enable the next generation of online social experiences that are more engaging and immersive than we ever thought imaginable.”

And being connected creates better jobs. In Nigeria, for instance, increased broadband connectivity resulted in a 7.8% increase in the likelihood of employment for people in areas connected to fiber optic cables. This means that for every one million people living in areas connected to fiber, an additional 78,000 people became employed. Or consider the Democratic Republic of Congo, where increased connectivity led to a 19% increase in GDP per capita ($789 vs. $663 at purchasing power parity). 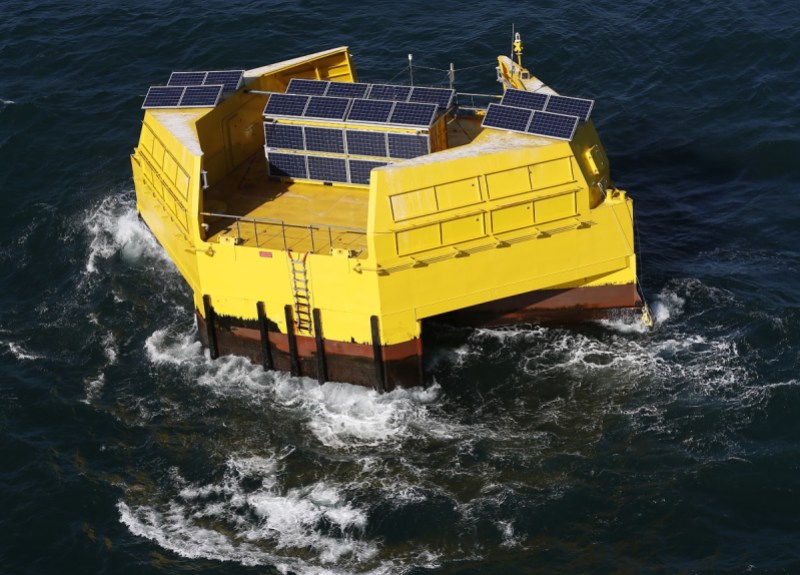 Above: Facebook uses solar to power stations that serve its subsea internet cables.

Since 2013, Facebook Connectivity has accelerated access and now it’s doing more. The company said that subsea cables connect continents and are the backbone of the global internet. The company’s first-ever transatlantic subsea cable system will connect Europe to the U.S. This new cable provides 200 times more internet capacity than the transatlantic cables of the 2000s. This investment builds on other recent subsea expansions, including 2Africa PEARLS which will be the longest subsea cable system in the world connecting Africa, Europe, and Asia. Facebook is building more than 150,000 kilometers of subsea cable.

One of the things engineers are working on is a buoy system that can deliver power to the repeaters from the middle of the ocean. They are exploring more sustainable ways to do this, harnessing a combination of wave energy convertors and solar panels. This unique solution will let them to advance technology innovation as we evolve from 0.5 petabits per second to 5 petabits per second — that’s 10 times the capacity.

“This will have a major impact on underserved regions of the world, especially in Africa, where it is set to triple the amount of internet bandwidth reaching the continent,” said Rabinovitsj. “It takes an enormous amount of innovation to tackle projects of this scope and complexity.” 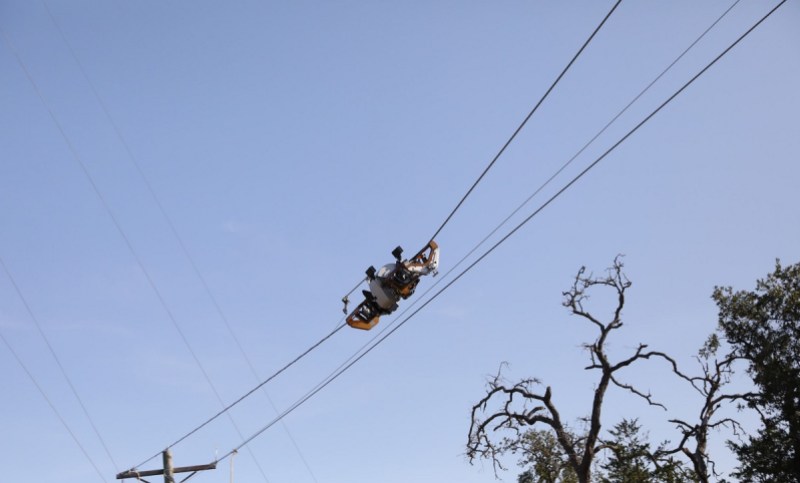 Above: The Bombyx robot slides along a wire and wraps fiber-optic cable around it.

To slash the time and cost required to roll out fiber-optic internet to communities, the company developed a robot called Bombyx that moves along power lines, wrapping them with fiber cable. Since the company first unveiled Bombyx, it has become lighter, faster and more agile, and Facebook believes it could have a radical effect on the economics of fiber deployment around the world.

The solution was Bombyx, which can be deployed from the air. Latin for silkworm, Bombyx is Facebook’s attempt to make the single biggest drop in the cost of terrestrial fiber deployment by combining innovations in the fields of robotics and fiber-optic cable design to increase the amount of terrestrial fiber on land — without the expense of trenching to lay fiber underground.

“We had to rethink everything from the material science behind the fiber cable itself to the machine vision and advanced stabilization techniques that allow the robot to safely operate in harsh real world conditions,” Rabinovitsj said. “This is especially useful in areas where it’s impractical to lay fiber, whether that’s in a big city or a remote village.”

Since starting work on Bombyx, Facebook has shed 4.5 kilograms from the weight of the robot, compressed the time it takes for Bombyx to cross a power line from 17 minutes to under 4 minutes, and improved the stabilization mechanism to ensure that the robot stays upright on the power line, Yogeeswaran said.

And now the robot has shifted from operating semiautonomously to fully autonomously when going over an obstacle. With the current semiautonomous system, operators supervise and direct the robot’s movements as it crosses borders. As it moves to full autonomy, technicians will be able to load Bombyx onto the line and then allow the robot to plot a course past obstacles and navigate itself along the line.

The company’s work on Bombyx was inspired by helical fiber-optic wrapping techniques pioneered in the 1980s, but those methods interrupted power supply to customers in installation areas. But Facebook realized that in order to install fiber without cutting off homes and businesses, it would also need this wrapping machine to cross obstacles in its route without human assistance.

Facebook used Kevlar braiding to make the cable strong, while remaining small and flexible. Next, it addressed the size and weight challenge by reducing the fiber count from 96 to 24. Thanks to newer technologies, a single fiber can serve up to 1,000 homes, so 24 fibers would be able to serve all the homes and businesses into which each power line feeder passes. Finally, it worked with material suppliers to develop a jacket for the fiber so it could survive the high temperatures found on power lines and the arcing damage in high voltage.

Then they had to teach it to crawl along power lines and clear obstacles (like maybe shoes tied to a power line).

And the company created Terragraph, a wireless technology that delivers internet at fiber speed over the air. This technology has already brought high-speed internet to more than 6,500 homes in Anchorage, Alaska. Deployment has also started in Perth, Australia, one of the most isolated capital cities in the world.

Terragraph uses transmitters on street fixtures and rooftops to create a distributed network for high-speed reliable connectivity in homes and businesses. Terragraph is faster to deploy than trenched fiber because it builds on existing fiber points of presence and extends the capacity wirelessly, through nodes mounted on existing street fixtures such as lamp posts and traffic lights.

Terragraph nodes are attached to lampposts and rooftops in a multinode network, creating a resilient mesh that can reroute the signal if necessary so that capacity will not be cut to homes and businesses in case of an obstruction, such as a building scaffold.

What started in 2015 as an early-stage technology is now being scaled to market through our partner ecosystem of hardware vendors and service providers around the world. Facebook licenses Terragraph for free to hardware companies, and five partners have already announced that they have Terragraph-enabled hardware products available. To date, these partners have shipped more than 30,000 Terragraph units to more than 100 service providers and system integrators around the world.