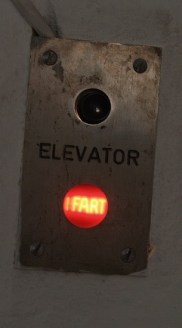 People love the fart applications for the iPhone — or love to hate them. Either way, a lot of people are downloading them, and making the developers a lot of money. And where there’s money, there’s lawsuits. And now we have one.

Infomedia, the creators of iFart Mobile, have asked a federal judge in Colorado to rule that “pull my finger” is a common phrase and as such, doesn’t fall under trademark laws. (Yes, I’m serious.) Why? Well iFart Mobile has apparently been going at it with another fart application, one we’ve written about before, Pull My Finger. Infomedia’s Joel Comm lays out his version of the whole thing on his blog and claims that Air-O-Matic, the makers of Pull My Finger, are demanding money from him, stating that he’s publicly saying things that damages Air-O-Matic’s product.

Comm also says that Air-O-Matic asked Apple to remove iFart Mobile from the App Store, and Apple refused. If you really want to get into all of this, Comm has made the legal papers available here.

So yes, we have a fart fight on our hands — it almost seems appropriate given how popular these apps have become in the App Store. I’m not sure of the exact number of fart apps now, but AppShopper lists 165 apps that contain the word “fart” — and there are plenty of others using synonyms. So yeah, it’s in the hundreds.