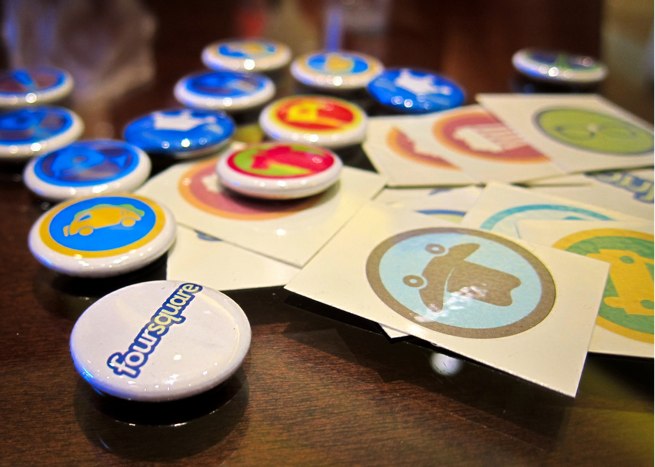 We’ve been saying this for a while now: Foursquare isn’t about badges and mayorships anymore. You need only look at the company’s latest round of funding for confirmation.

Foursquare announced today that it has raised $41 million in a fourth round of funding led by private equity firm Silver Lake Partners. With the additional funds, Foursquare has time to actually build up its business by focusing more on ad operations, sales, and local search features.

Most of the investment is in the form of a multi-year loan from Silver Lake, while the rest is made up of convertible debt from VC firms including Union Square Ventures and Andreesseen Horowitz.

By going for debt funding, rather than equity, Foursquare obfuscates the debate about its value, , Bloomberg reports. Foursquare was said to be worth around $600 million during its last round in 2011, when it raised $50 million. So far, the New York City-based company has raised $112.4 million.

On his blog, Union Square Ventures’ Fred Wilson explains why the convertible debt funding was a good idea for existing investors this round:

That means this round is not dilutive to the Foursquare management at this time. But it will be dilutive when the debt converts into equity, most likely at the next equity issuance. For the investors, we get the comfort of knowing that eventually our investment will become equity and we will not have to price it. Someone else will.

Foursquare made a big splash at the South by Southwest conference in 2009, when the notion of checking into locations and competing with your friends for virtual points and badges seemed fresh. But even though the company now has 33 million users and integration with 40,000 apps, its main source of revenue — ads within search — has been a disappointment. The company reportedly only made $2 million in revenue last year, an anonymous source tells Bloomberg.

With Foursquare’s newest iOS app this week, we’re already seeing the company focus more on search rather than check-ins. Expect even more relevant ads to pop up within Foursquare’s search feature as well — the company’s CEO and founder, Dennis Crowley, tells Bloomberg that it will open up ads to all of its merchant partners, as well as grow its sales team from 10 people to 40.

The company is betting that its rich location data, along with knowledge of your social connections, will make it primed for predicting where you’d like to go next. Foursquare’s chief revenue officer, Steven Rosenblatt, also notes that customers either click on an ad, or visit a display store, 3 to 5 percent of the time within 72 hours. In comparison, typical mobile ads see a click-through rate under 1 percent, according to Chitika.

“To us, this is like when Google came and revolutionized web search,” Crowley wrote on the Foursquare blog today. “Suddenly, you could find things on the internet. The real world is the same way. Four years ago when we started Foursquare, it was really hard to discover a new retro arcade that opened up on a side street, or to make sure you weren’t overlooking the best dish on the menu, or to know a good friend was just around the corner. Sometimes, we think of Foursquare as having the ability to give people superpowers for exploring the real world.”