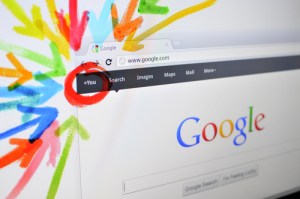 Google+ opened its doors to the public last week, and has since seen a whopping 1269 percent growth in traffic, according to data from Experian Hitwise. The social network may also have hit 50 million members, according to analyst Paul Allen.

Google+ has been seen as one of the fasted growing social networks since it first appeared on the grid. The social network reached 10 million users, two weeks out of the box, which Google+ analyst Paul Allen of Ancestry.com predicted days before the company actually announced the numbers in its second quarter earnings call. Allen also predicted Google+ reaching 25 million members after only a month of existence. It took Twitter about 30 months to hit this high and Facebook about three years.

The recent traffic spike was seen between September 17th and September 24th, Google+ opened its doors to everyone on September 20th. It also reportedly saw 15 million total US visits last week.

Allen explained his process for finding these figures:

Experian Hitwise states “Early Adopters” still make up a great percentage of Google+ users. Allen now predicts the social network is has crossed the 50 million user threshold and is acquiring around 2 million users a day.