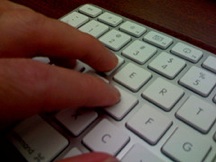 While the iPhone 3G (launching next Friday) has eliminated two major complaints about the original iPhone: lack of 3G network support and lack of GPS, other complaints are rising up. One, which has also been around since the device’s inception, is its lack of a physical keyboard. With the iPhone 3G now squarely aimed at business users as well as consumers, with features such as Microsoft Exchange support, these complaints are being amplified.

Apple may be listening, too. The company is currently working on prototypes for an iPhone with a physical keyboard, according to a new report from The Register. Such a version would not be out until next year, but the report claims some versions already exist and are nearly functional.

I don’t know about this one.

While Apple chief executive Steve Jobs is not above changing his mind (see: iTunes movie rentals), he did more or less make fun of keyboards (such as those used on BlackBerry) at the recent WWDC event. While noting that the iPhone screen allows for the drawing of Chinese and Japanese characters, Jobs joked that this was “one of the great advantages of not having a bunch of plastic keys on your keyboard.” 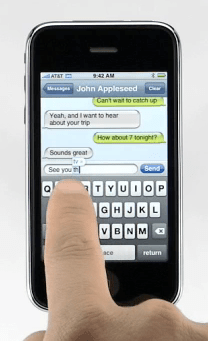 The fact of the matter is that for the majority of people, after a brief period of acclamation, the iPhone’s virtual keyboard is simple to use. Can you use it while driving? Probably not so well. But what are you doing driving and typing anyway — keep your eyes on the road!

Furthermore, Apple is thought to be working with companies on haptic feedback for the iPhone. This would add tactility to the device without requiring something physical there such as keys.

The keyboard is dying a slow death. As computers become more like Microsoft’s Surface or the rumored multi-touch tablets Apple is working on, one day the thought of having this big, clunky slab with plastic keys will seem silly.

That said, if the iPhone 3G completely bombs with business users, Apple could very well scramble to make a version with a keyboard. But that would be an unfortunate step backwards.