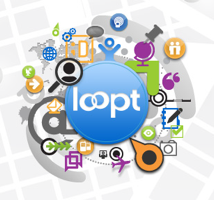 Apple selected only a handful of new native applications to show off at its WWDC event last month. One of them was Loopt, the location-based social networking application. Today, Loopt launches this iPhone application alongside the App Store and it has a few surprises that were not yet revealed.

The biggest of these surprises is that Loopt will partner with other companies to pull in local area information. While Loopt may know where you are and which of your friends is around you, knowing information such as what restaurants are around and what others think of them add another layer. The first partner Loopt is announcing it arguably the best for this: local review site Yelp.

By teaming up with Yelp, Loopt will give users options such as seeing the 10 coolest places around you. This list is made not only by the highest rated places on Yelp but also based on things such as your own personal contact recommendations. You can also see information such as where you friends have been most recently and places they left remarks about recently. Naturally, you can share your recommendations with friends as well. 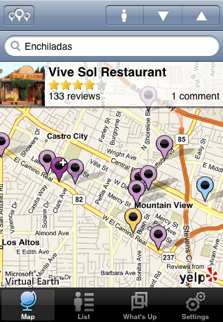 While Loopt made it clear that it would be adding quite a few more partners for content in the weeks and months ahead, Yelp is a huge score for them. This is especially true considering that Yelp is launching its own iPhone app.

Another new feature, Loopt Link allows you to share information with other social networks. Loopt launched a Facebook application a couple months ago and this is building off of that. There is also an RSS feed for all of this information which will allow you to pipe your data into any community that will import feed information.

Finally, Loopt has put extensive security rules in place. As you might imagine, a location-based social network can be daunting for some users who are wary of other people knowing where they are at all times. Loopt remedies this by easily enabling users to shut off their location sharing. Loopt co-founder and chief executive Sam Altman told us this ability to “go dark” is as easy as clicking one button.

Interestingly enough, you can also override your automatic location with one that you manually input — this means you can lie about where you are.

One of the other great things about Loopt is that it works on a variety of phones, so your contacts are not limited to simply friends who have iPhones. For example, you can have a friend who is using the Loopt Blackberry app and still get all of their information.

Loopt also recently announced a partnership with the mobile carrier Sprint. Verizon Wireless has backed it as well. 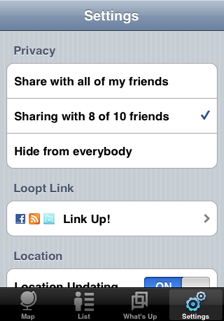 With all of this exciting news you might think that Loopt would sit back for a bit and let its new iPhone application settle in — but the company is already hard at work on its first update. Altman tells us that a new feature will be coming next week will be “the biggest game changer we’ve ever launched.”

How’s that for setting expectations high?

Altman declined to elaborate further but noted that you can expect Loopt to update its app about once a month. He notes that the iTunes app platform makes it very easy to do this thanks to syncing over iTunes.

Loopt facing competition in the location-based social network sphere on the iPhone. Just today alongside the App Store, two other competitors including Whrrl and Limbo. Whrrl is the app by Pelago that was the first to be accepted into Kleiner Perkins’ $100 million iFund set up to spur iPhone app development.

Loopt is available right now in the iTunes App Store which just launched this morning alongside the 2.0 software and iTunes 7.7. The application is a free download.

Loopt is backed with $5 million from Sequoia Capital and New Enterprise Associates.