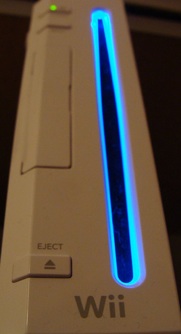 Both Microsoft’s Xbox 360 and Sony’s Playstation 3 have well-known aspirations to be the digital entertainment hubs in your living room. This means offering not only video games, but a wide spectrum of entertainment such as movies and television shows. Nintendo has thus far stayed out of that arena to focus on the games, but with news of the BBC’s iPlayer media channel launching today on the Wii in the UK, that appears to be changing.

The computer-based version of the iPlayer allows users to stream or download BBC television content. The Wii-bound version would be used for streaming the content only and requires a broadband connection.

This partnership is big news because the Wii is the top-selling video game system in the world. While devices such as the Apple TV get a lot of buzz, it has only sold some 500,000 units at last count. The Nintendo Wii has moved nearly 25 million units! This level of living room penetration is enough to make any media company take notice.

The BBC’s iPlayer is also experience huge growth. More than 42 million programs have been accessed on the player since its launch at Christmas of last year, the BBC reports. It is the third most popular online video player in the UK behind only the American and UK versions of YouTube (our coverage).

Last year, Nintendo created a channel on the Japanese version of the Wii that gave users a TV Guide-like interface from which they could control their TVs. While there were no specific plans to bring such functionality to the United States, Nintendo of America president Reggie Fils-Aime did hint: “There are other channel opportunities. They may look like games. They may not look like games.”