In 2004, Orkut Büyükkökten and Githin Jose founded the social network Orkut as part of an independent project within Google. After a decade, it was shuttered with a community of more than 300 million people. Since then, Büyükkökten has reflected on that moment and decided to take another stab at it, saying that his latest effort is designed to make us “a little bit friendlier.” To that, he’s launched Hello.com, a social network to inspire hope worldwide and to connect us with others that share the same passions.

“I’m confident the more we connect, the more beautiful it will become. I created Orkut with this in mind,” Büyükkökten wrote in a blog post. He described Hello as being the successor to his original social network. The focus is less about people you follow and more about what you love doing. “Fear and hatred have no place when you make such a simple and friendly gesture to someone else,” he said. 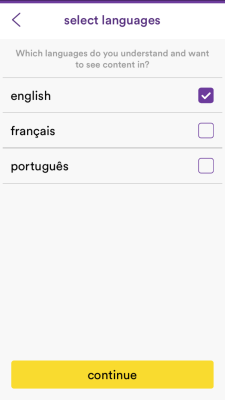 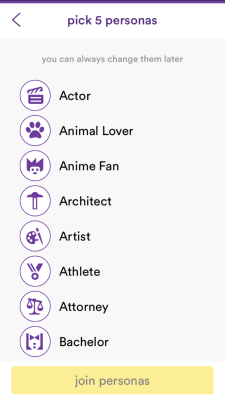 Available for iOS and Android devices, Hello comes at a time when Facebook seemingly has dominated the social network landscape. The new app doesn’t use any external data beyond the contacts in your address book to find friends. When you sign up, one of the first steps you’ll need to do is select five “personas” that you have an interest in, such as photographer, Burner, animal lover, actor, clubber, foodie, geek, parent, skier, traveler, or vampire. While you are limited to five, Hello gives you the option of swapping out ones you no longer are passionate about. Think about these personas as communities you want to belong to.

You can elect to use Hello in either English, French, or Portuguese.

When you post something to the app, you have to assign that content to at least one of the five personas you follow. You can also explore what other people have posted in any persona. Hello uses a learning algorithm to not only find you potential people you should connect with, but also to further personalize the experience — similar to Facebook’s News Feed offering. 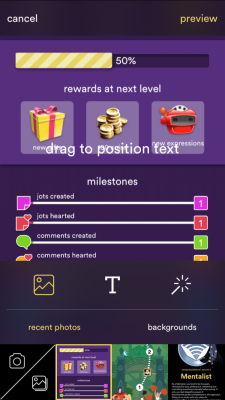 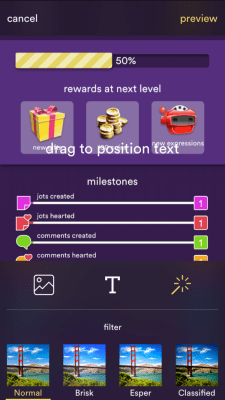 It’s also a very visual application in that text-based posts are not permitted — or at least there’s no easy way to create them. Instead, sharing images is preferred. You can modify the background, add text, and even add filters, which strikes some similarities with Snapchat and Instagram. Unfortunately video posting doesn’t appear to be supported right now, which is disappointing, as many of Hello’s competitors have moved into this space recently.

There’s also a gamification aspect that encourages you to use Hello more, spurred on by the promise of rewards. You are awarded “karma” based on the number of “jots” (posts) and comments created or liked, how many gifts you’ve sent, and the number of days you’ve logged in. Everyone starts out at level 1 and it goes all the way to level 40 with more gifts, coins, and expressions awarded for each level you move up. 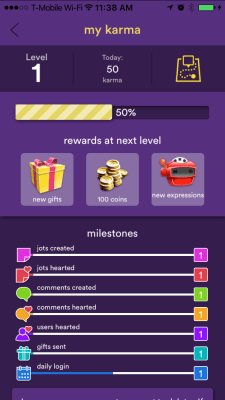 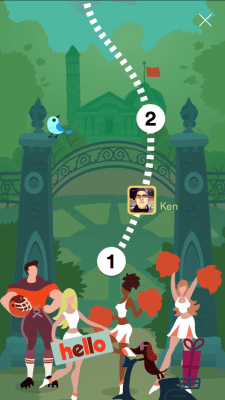 Unlike Facebook, Hello is pursuing social connections not through friends and networking, but more from an interest-based social network, something that mirrors Pinterest. Büyükkökten said that focusing around common interests is what Orkut was all about and can help bring people together as “a vision that changes how the world does social.”

Hello is currently available in the U.S., Canada, France, the U.K., Australia, New Zealand, Ireland, and Brazil. Interestingly, Brazil was one of the biggest markets for Orkut in 2008. Büyükkökten and his team intend to launch in Germany, India, and Mexico later this month.

Beyond Büyükkökten, Hello has a team of 20 working on the social network, including a “small group of ex-Google employees.” The company is based in San Francisco, California.

While it’s only available as a mobile app, there’s indications that the company will bring Hello to the browser.