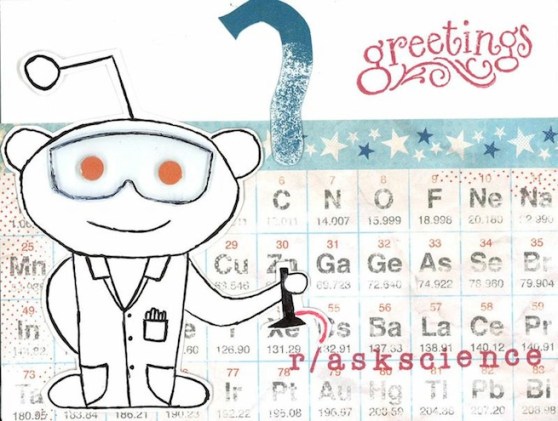 It’s been years since community news sharing site Reddit has made a major change to how things appear on its coveted front page of popular submissions, but today the company announced a new feature called multireddits that could do just that.

Reddit enables its users to submit links or self-authored posts to a variety of “subreddits” (aka a specific category). The multireddit feature enables you to combine several of those subreddits together, which can then be subscribed to on its own. It’s worth noting that the capability to create a multireddit has been around for a while (manually typing each subreddit’s name in the URL), but now the Reddit team is making it easier to share and browse through them. Previously, if you wanted this kind of functionality, you’d have to create another user account and subscribe to only the subreddits you wanted to collect or create a new folder of content on iOS app AlienBlue.

“We’re working on making browsing reddit easier and more diverse,” Reddit developer Max Goodman (aka chromakode) wrote about the new feature. “The first step is giving you deeper control over what makes up your front page.”

The new feature is only available to those with a Reddit Gold account, the company’s premium subscription service that gives members early access to new features. Gold account users can choose to toggle on the multireddit feature by visiting a separate page. After that, you’re brought to your personalized homepage that feature a new sidebar on the left with a list of all the multireddits you’re currently subscribed to. For instance, you could create a “Reddit Pets” multireddit that contains submissions from subreddits like aww, dachshund, cute, and corgi. Or maybe you want a multireddit for comedy, which would contain submissions from funny, humor, and advice animals. 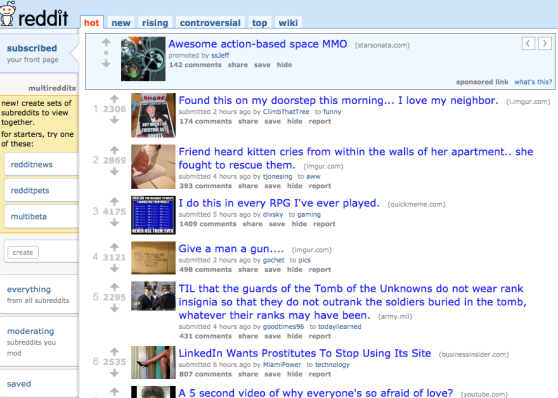 This is a bold move for Reddit and one that has the potential to really change up the way people are interacting with the site. There are certain subreddits that I didn’t want appearing on my front page, but would happily navigate to separately. And now I have the option of throwing all of those subreddits into a multireddit. It’s also a smart move because it keeps people checking their front page, a central location that is extremely valuable to advertisers and promoters, especially because the company is ultraselective about those advertisements. (And I don’t at all think Reddit will change its stance on advertising based on its strategy with multireddits.)

The multireddit feature is currently in beta testing, which means it could change depending on what works and what doesn’t. Reddit said for now, the multireddits you create aren’t sharable with other users, but that may be added in the future. The company is also providing an API for the multireddits feature for developers.

What do you think of the new multireddit feature? Let us know in the comments below.