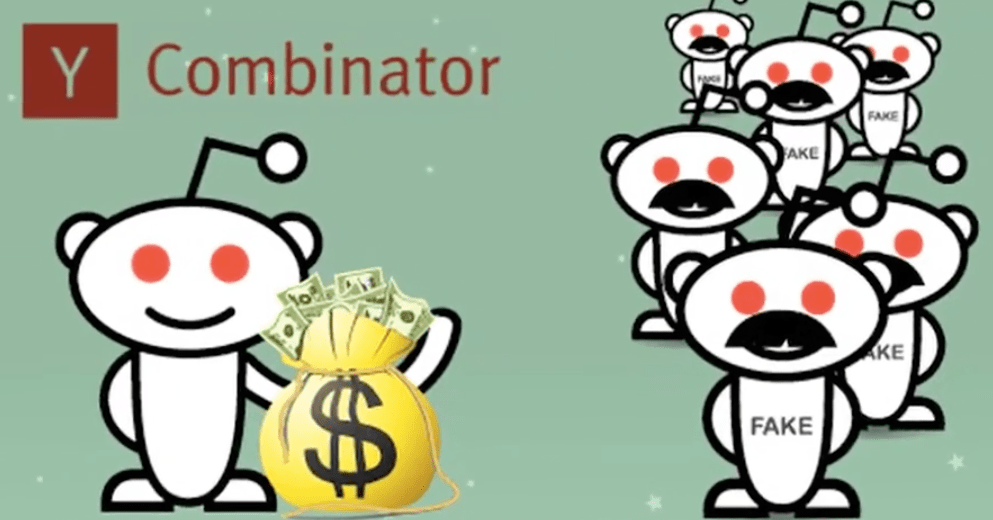 In college, Reddit co-founder Alexis Ohanian told a professor that he wanted to make the world suck less. A Total Disruption has just released a new video showing exactly how he accomplished that goal.

At first, he and co-founder Steve Huffman planned to make the world suck less by inventing a phone-based sub sandwich ordering app … in 2005. But after a spring break meeting with Y Combinator’s Paul Graham — before Y Combinator existed — and an initial rejection from Y Combinator, Huffman and Ohanian decided to create “the front page of the web.”

And Reddit, the site that had 47 million visitors last month, was born.

“Content was being created — even back in 2005 — by such a broad array of sources that no one source could really lay claim to that,” Ohanian said. “Unless it aggregated everything.”

So the pair took the ideas behind two popular sites of the day– Delicious, an early social-bookmarking site, and Slashdot, the first truly large geek community focused on news and ideas — and combined them. When they joined YC, the two worked day and night on the first version of Reddit.

“The only outdoor experiences we had,” Ohanian says, “were in Azeroth, the fictional world of Warcraft.”

The site launched accidentally after three weeks of work, after Paul Graham criticized the pair for not launching earlier. They got a beta version live, and Graham — unbeknownst to Ohanian and Huffman — linked to it in a blog post, giving Reddit its first thousand visitors.

As is well-known, Huffman and Ohanian created fake users and much of the early site’s content. But not for long.

“The day I woke up and Reddit was working on its own was just the most incredible feeling,” Huffman says. “It was, like, holy shit … we’ve got a thing that’s making a difference in people’s lives!”