Pinterest isn’t showing any signs of slowing down on efforts to monetize its platform. The interest-based social network has hired Nipoon Malhotra to join the company as a product manager. Previously he was head of Twitter’s brand advertising product team. 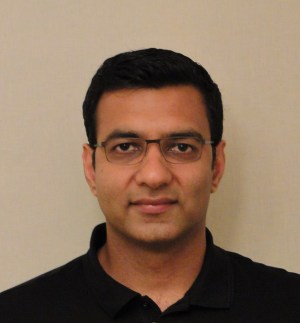 During his tenure at Pinterest, Malhotra will be working on the platform’s ad technology, which includes offerings like billing and targeting, as well as new formats such as Buyable Pins, Cinematic Pins, and App Pins. He’ll be reporting to Pinterest’s head of product and monetization, Jonathan Shottan.

“With unique insight into consumer intent, a highly engaged audience and a rich, visual experience, Pinterest is one of the most compelling emerging ad platforms today,” said Malhotra in a prepared statement. “I am excited to join the team that is realizing Pinterest’s potential as a major player in the ads space. In addition, Pinterest’s collaborative, yet ambitious, culture stood out for me.”

For nearly three years, Malhotra had been leading the Twitter team responsible for helping advertisers leverage the social network’s technology for products across targeting, formats, insights, and syndication. He also spent a considerable amount of time as a program manager at Microsoft, where he worked on Windows Live OneCare and Bing.

Bringing someone experienced like Malhotra onboard is a signal that the social network wants to really kick up the pace in terms of how it monetizes its platform. It’s also the second hiring announcement the company has made in just a few weeks. At the end of July, Pinterest added former Apple designer Susan Kare to its team; in June, former Facebook engineer Scott Goodson was named the new head of core experience; and in March, Pinterest hired a new M&A executive, former Greycroft Partners principal Kamran Ansari.