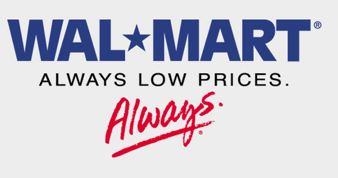 $99 is a magic price point. It’s basically $100 but it doesn’t look like $100 thanks to that one less digit. That comforts a lot of consumers, and they’re more likely to buy when they’re comfortable with the price. So it’s potentially huge news that perhaps the hottest consumer item out there right now, the iPhone, could hit this magic $99 when it goes on sale at Wal-Mart soon, a tipster tells the blog Boy Genius Report.

The site cautions that the tipster isn’t proven and that it isn’t ready to officially confirm the report, but there are some other interesting details as well. The $99 iPhone would supposedly be a new, 4 gigabyte version, smaller than the current 8GB and 16GB versions, which sell for $199 and $299 respectively. And just as with those, the $99 price will require a two-year contract with AT&T.

Apple initially launched with a 4GB iPhone last year (and an 8GB one), but dropped it from the lineup when the 16GB one became feasible to do. A 4GB version would now of course be cheaper to build than a 8GB version, but $100 cheaper? If rumors of an impending launch of a 32GB iPhone are true, that certainly could be the case.

Of course, I should note that the iPhone still isn’t available at Wal-Mart despite the very same Boy Genius Report site saying it would be there November 15. Still, indications are that the popular device will be coming to Wal-Mart and maybe other discount retail giants like Sam’s Club before the end of this month.

If the iPhone actually does hit sub-$100 prices, expect sales to explode even more than they already have.