Hyperloop Transportation Technologies announced today that it will open a research and development center in the southwest of France, where it hopes to leverage the region’s growing spatial and transportation ecosystem.

HTT, based in Los Angeles, Calif., has been busy signing deals in the Middle East and Europe and decided the region of Toulouse was the perfect spot for its European R&D headquarters. In addition to being the global HQ for aerospace giant Airbus, the region is home to a large European Space Agency research facility and a growing number of startups focused on drones and autonomous vehicles.

HTT has developed its project using a collaborative research model, and it’s hoping to draw in researchers and engineers from across the region to collaborate on the work.

“This is a big call to action to all the people in Toulouse and in France to help us and join our team,” said HTT chair Bibop Gresta at a press conference. “People describe us as the biggest startup on the planet. We don’t see it like that. We are the biggest attempt that humanity has made to put together the best minds to solve together the problem of transportation.” 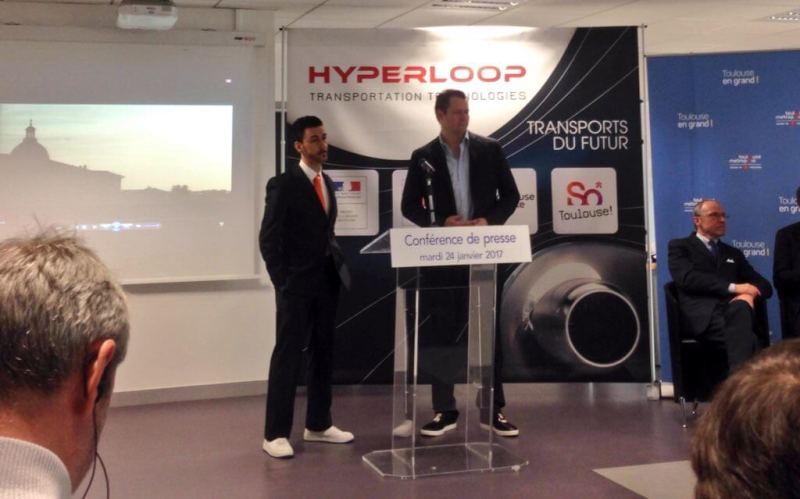 Hyperloop was a concept initially proposed and then open-sourced by Elon Musk. The idea is to put people or freight into capsules and use vacuum tube technology to propel them at close to the speed of sound over enormous distances. Another competitor, Hyperloop One, has also seized on this idea to develop a global transport system.

But HTT had a headstart, and it began by using an open collaboration model. People could “join” HTT and be compensated for their work with stock options. So far, HTT has raised $31.8 million and has 30 salaried employees and about 800 other collaborators. Executives said at the press conference that they are currently raising their second round of funding and that part of that money would be used to build out the Toulouse facility.

The HTT center will actually be located at Francazal Airport, a former military base about 15 minutes southwest of Toulouse. Currently, Francazal is being redeveloped into an aerospace-transportation village for startups working on things like drones, robotics, and autonomous vehicles. HTT is the first tenant, and local officials are hoping that it will be a magnet to draw others. 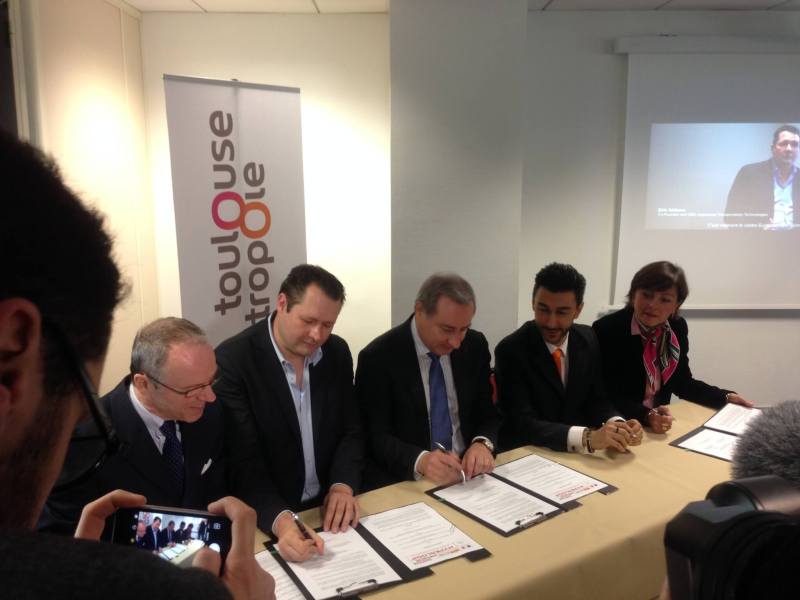 For now, HTT plans to hire 50 people for the facility. Those individuals and partners will be working to develop technology for use in countries such as Slovakia and Abu Dhabi, which have already signed agreements with HTT to deploy test versions of the system.

“We have been working now on hyperloop for over three years,” said HTT CEO Dirk Ahlborn. “We have developed the technology, the science, and we have the collaborators. We are ready to build the first full-scale system. And this new center will continue to allow us to develop those technologies with new collaborators.