Leave it to Lyft to remain in lockstep with Uber in its championing of multimodal forms of transportation. The San Francisco company today announced that it’s adding bike lanes to the Lyft app (starting with iOS) in every market where it has bikes or scooters, following on the heels of push notifications reminding riders and drivers to remain aware of bikes and scooters. Protected bike lanes will appear as solid green lines, while bike-friendly routes will show up as dotted green lines.

The idea, explained Lyft’s head of micromobility policy Caroline Samponaro, is to help cyclists and scooter riders quickly find the most comfortable routes. “We believe that providing clear information about bike lanes in our app will encourage more people to choose two-wheeled transportation for their trip,” she added. “Each ride on a bike or scooter represents a win for the environment, congestion, and a more livable city — and that’s what Lyft is all about.”

Lyft dipped its toes in the electric scooter market back in September 2018, with the rollout of a pilot service in Denver, Colorado. In December, the firm brought additional scooter fleets to Arlington County, Atlanta, Austin, Los Angeles, Nashville, San Diego, Santa Monica, and Washington, D.C., preceding the debut of a Segway-made pink-wheeled scooter that can hold a charge for 35 to 40 miles. 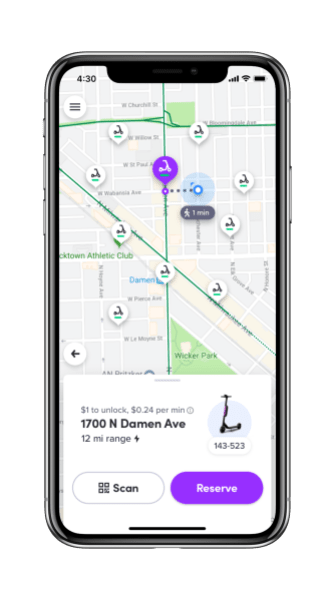 As for Lyft’s bike-sharing business, its catalyst was the company’s roughly $250 million November 2018 purchase of Motivate, an operator of sponsored bike-sharing programs in metros like Chicago, San Francisco, Oakland, New York City, Washington D.C., and Portland. That same month, Lyft revealed it would invest over $100 million in Motivate’s Citi Bike over the next five years, more than tripling the number of available bikes in New York City alone. And in June, Lyft relaunched Ford GoBike — the Bay Area docked bicycle-sharing company Ford kicked off in partnership with Motivate — as Bay Wheels, with new electric bikes sporting pedal assist and stronger antitheft locks.

Prior to the Lyft acquisition, Motivate operated eight bike-share systems across the U.S., 12,000 of which were concentrated in New York. Lyft previously said it expects to bolster the Citi Bike fleet alone by 28,000 bikes, and to up the number of its docked and dockless bikes in the Bay Area to 8,500.

But Lyft’s bike and scooter operation hasn’t been all sunshine and rainbows. In March, TechCrunch reported that the company laid off dozens of former Motive staff to cut costs, and Lyft is actively engaged in a legal battle with the city of San Francisco over whether rival bike-share operators are allowed to deploy bikes on its turf. San Francisco’s Municipal Transportation Agency claims that the exclusivity contract Lyft has with the city governs only docked bike shares, and that it permits temporary exemptions like that granted to Uber-owned Jump over a year ago. 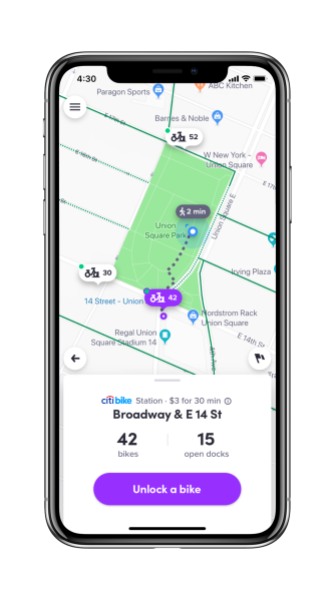 In other troubling news, Lyft earlier this year pulled thousands of electric off the streets of U.S. cities because of problems with the bikes’ braking systems.

It’s estimated that the electric bike and scooter market will be worth $23.83 billion by 2025, up from $16.34 billion in 2017. The unit economics remain somewhat murky, but early success stories include Lime and Bird, both of which have raised nearly $1 billion in venture capital to date.