Though various car companies across Europe are currently pursuing autonomous car programs, this is the first time such a service has launched to the public on the continent.

Innopolis was set up as a technology park in 2012, with a focus on supporting high-tech industries. It was later granted town status ahead of its official launch in 2015, and there are plans to develop the area over several stages —  spread across 120 hectares — with a university serving as the core focal point.

Yandex, which is often referred to as the Google of Russia, has been doubling down on its on-demand ride-hailing efforts, recently merging with Uber’s service in Eastern Europe to create a new $4 billion entity. Last year, Yandex.taxi also announced its self-driving car project, and in the intervening months it has been testing the vehicles on public roads.

The company’s push into public-facing autonomous ride-hailing will be modest at first, however, and will constitute just two self-driving vehicles. The service will be offered for free, though, and — as with similar initiatives around the world — a safety driver will be present inside the vehicle at all times. 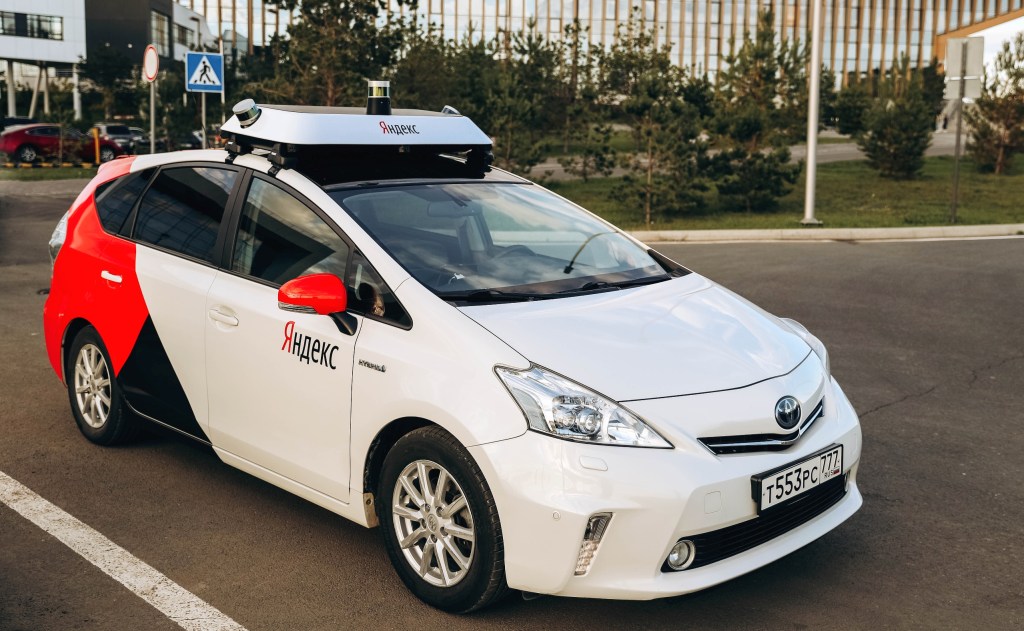 Above: Yandex has launched the first autonomous ride-hailing service in Europe

Autonomous taxi services have already been tested in a number of markets around the world. U.S.-based autonomous car startup NuTonomy launched a self-driving car service in Singapore back in 2016, while both Uber and Google’s sister company, Waymo, are continuing to trial similar services in various markets. In Asia, self-driving taxi trials kicked off in Tokyo this week with an eye to rolling the service out more extensively ahead of the 2020 Olympic Games.

Elsewhere, news emerged a few months back that Waymo is gearing up to bring its autonomous taxi service to Europe.

Though the population of Innopolis weighs in at just a few thousand people, its status as a high-tech hub makes it a prime test bed for autonomous taxi services. Around 100 people have signed up to participate in the driverless taxi trials, and they will be able to choose from a number of pre-set destinations, including the university, stadium, and apartment blocks.

The next step for the test will be to open the service up more extensively, with feedback from the trial phase used to inform future expansions.

“Our Yandex self-driving team plans to later expand the autonomous ride-hailing service to include more destinations, additional vehicles, and removing the safety driver, in addition to improving the service based on user feedback,” the company said in a blog post.