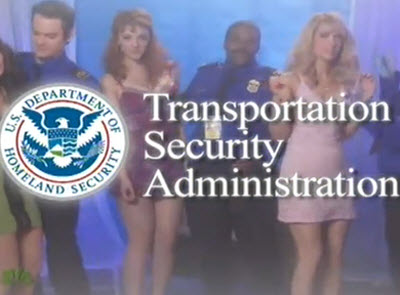 The Transportation Security Administration isn’t winning the war for hearts and minds of the public on its new pat-down searches at airports. A lot of critics have come out of the woodwork lately, and the recent parody video from Saturday Night Live has gone viral, hitting the mark in a very humorous way on why people are concerned about being touched by TSA officers.

What we seem to have here is a citizen revolt in progress, aided and abetted by the internet, with word spreading on social networking tools such as YouTube and Twitter. The pat-downs have spurred some of the best social satire ever, like something out of a George Orwell novel, only funnier and more outrageous.

TSA recently started doing aggressive pat-downs, in which airport screening officers touch breasts and genitals while searching travelers who refuse to go through full-body scans. A protest movement started on the web after traveler John Tyner of San Diego posted a video recording of his own run-in with TSA screeners. During that attempted search, Tyner said, “If you touch my junk, I’ll prosecute you.” Web critics have set Nov. 24, the day before Thanksgiving and the busiest travel day of the year, as National Opt-Out Day. The TSA argues it has to either do the full-body scans or the pat-downs to deal with the threat of terrorists. 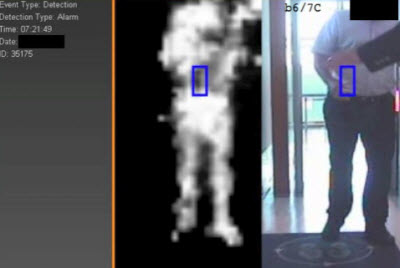 The procedures were put in place after a man hid explosives in his underwear. A USA Today/Gallup poll released last week said that 78 percent of air travelers approve of full-body scanners in airports, and 84 percent believe the scanners would prevent explosives from being carried on a plane. Some 98 percent of passengers say they would rather have a full-body scan than a pat-down search.

Since the Tyner incident was posted on the web, the TSA’s public relations nightmare has only gotten worse. Travelers have chronicled horror stories of pat-downs gone bad, including an eight-year-old boy who removed his shirt during a search. Thomas Sawyer, a cancer survivor, was also left covered with his own urine after a pat-down search ruptured his urostomy bag. Cathy Bossi, a flight attendant for U.S. Airways and a breast cancer survivor, was forced to show her prosthetic breast during another search.

Even worse, tech web site Gizmodo published 100 images of naked bodies being scanned. It said the the images (with faces not shown) were taken from body scanner machines at a Florida federal courthouse. The U.S. Marshals operating the machine in Orlando, Fla., had improperly saved the images, which the TSA has said would never be made public. 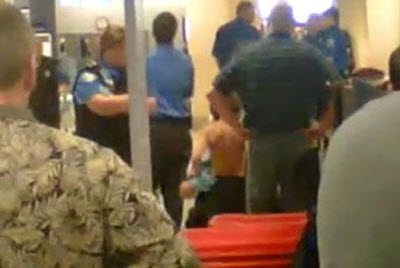 The outrage over these searches is certainly catching attention, but the most powerful attention-grabber may be the spoof from the Saturday Night Live skit, where scantily-clad seductress Kristen Wiig of the SNL cast says, “Feeling lonely this holiday season?” Cast member Abby Elliot chimes in, “Looking for a little human interaction” “Do you  want to feel contact in certain special places? says Nasim Pedrad. “Then why not go through security at an airport?” says Keenan Thompson, dressed as a TSA agent.

In response, the TSA has been battling against the critics with its lone Twitter account. The account was used to note that the 8-year-old boy’s father was the one who asked the boy to remove his shirt and that TSA agents would never do so. The replies to the TSA’s Twitter posts show that lots of outspoken Tweeters oppose the agency’s aggressive search techniques. One Tweet said it all, “Headed to LAX. Which should I choose today from TSA; a) body scan w/ radiation & images stored OR b) molestation pat down?”

Check out the Saturday Night Live spoof below.