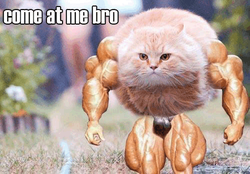 Christopher Poole, also known as “moot” and the founder of online imageboard 4chan, has a new image-sharing startup called Canv.as. Now he just needs to build a community around it as successful as — but hopefully a bit tamer than — his last venture.

Poole has turned to Reddit, an online news aggregator that already has that kind of community, to build up Canv.as’s user base. He showed up in one of Reddit’s famous “ask-me-anything” threads, which lets users ask questions in comments in the hope that the original poster will reply to them. He added a link to an invitation for Canv.as — which is currently in a half-open beta (it allows the rest of the world to view image threads, but only beta users can post).

Canv.as is a descendant of Poole’s last venture, 4chan, which is a lightly-moderated imageboard that has become the font of most memes. A lot of sites have tried to replicate the community energy that 4chan seems to have — Reddit included — but the 4chan magic just doesn’t seem to pop up anywhere else. But the Reddit community is able to get pretty close and does have a very tight-knit community — the type of thing Poole is looking for in his new venture. 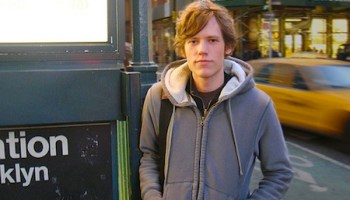 “4chan’s culture is unique and spreads and draws people in like no other,” Poole said in a comment on Reddit. “It’s also important to realize that 4chan wasn’t some overnight success, and there was never ‘hockey stick’-like growth. Its growth has been entirely organic (we’ve never advertised, past posting it on day one to IRC and a forum), and has been a slow steady build over seven and a half years.”

4chan has around 4 million monthly visitors in the U.S. and 8 million globally. Most of them are tech-savvy and know their way around image-editing programs like Photoshop — much like the users that typically visit Reddit. The site has basically no rules, and that has become part of the appeal. Canv.as is trying to remove that technical barrier of needing rudimentary Photoshop skills that both Reddit and 4chan have by making it simple to edit images and “remix” them. Anyone can then vote on the images with “stickers” — signaling a positive or a negative vote.

Poole’s last creation has been around for just more than seven years, and throughout that entire time he’s treated the site like a personal hobby. The site’s major drawing point is that any user can post anything anonymously — which leads to an enormous amount of content creation, but also some issues regarding illegal content.