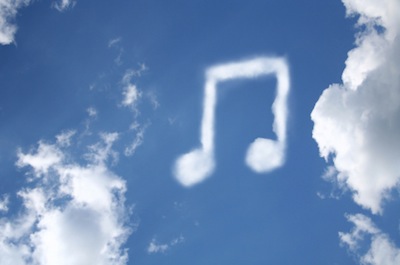 Amazon and Google got their cloud music services started before Apple. But Apple seems to be outshining the competition again with its cloud service — at least according to what’s been reported so far. It’s been making deals with record companies –- a move that makes using the cloud services much more consumer-friendly. Users would not have to upload their music library to the cloud before using the service.

Apple is negotiating a deal with Sony Music and Universal group, CNET reports. The deal could be signed as early as next week. According to CNET, Apple has already made a similar deal about its cloud music service with Warner Music.

Amazon launched its Cloud Music service in April, and Google followed last week with Google Music Beta. Both offer online storage space. The users can upload their music and listen to it with multiple devices, such as computers and smartphones. Google was reportedly trying to get record labels onboard its service, but the negotiations fell through.

One important thing that Google’s service is missing is the ability to download the music to local devices. (VentureBeat’s Matthew Lynley was unimpressed by the service.) Amazon’s users can do that, and it allows users to be able to listen to their music collection even when they are offline.

Apple now has the possibility to offer something the competition doesn’t have: licensed music in the cloud without the hassle with uploading. A deal with all major record companies would allow simpler service. For example, the could service could just search the user’s hard disk for music and make it immediately available in the cloud.

Other possibility is to combine the cloud storage service with a streaming music library, like Spotify in Europe. Spotify’s users have unlimited access to it’s music library via smartphones and computers with a monthly fee. Unfortunately, the previous reports suggest that the streaming service is not coming in the near future.