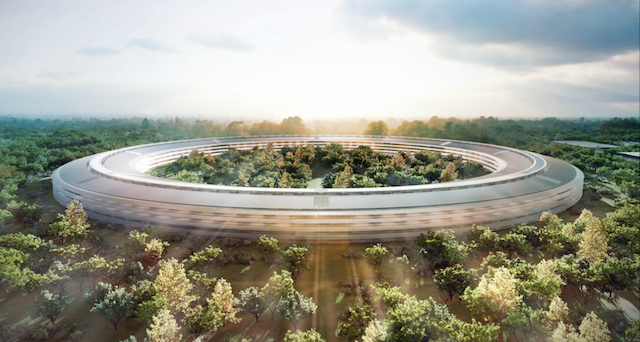 The list of iconic designs Steve Jobs made possible is long. But his most brilliant and ambitious design may be Apple itself.

Jobs, who announced his resignation as Apple’s CEO yesterday, is rightly hailed as one of the most design-savvy executives in the electronics industry. He’s also an impressive architect of business structures.

In the coming years, with Jobs out of the leadership role, we’ll see just how well-designed the company he spent 15 years assembling really is. My guess is that it’s very well put together indeed.

Jobs has been working on this “product,” Apple Inc., for a long time. Immediately after rejoining Apple in 1996, he killed Apple’s clone program, radically trimmed the product lines, and generally cleaned house. He hired designer Jonathan Ive, a smart move for a leader who knew that product design would be critical in the coming years. Just as critically, he also hired Tim Cook, a man known for ruthlessly efficient operations savvy.

Over the past decade and a half, Apple has quietly built not only an impressive product lineup, but also one of the most efficient and resilient manufacturing, distribution and retail systems in the world.

“You could argue that probably his greatest achievement was Apple itself,” said Leander Kahney, editor of Cult of Mac and the author of “Inside Steve’s Brain.” “He has embedded his DNA into the way it does things. I think it’s going to be around for decades, executing on that.

“It’s the corporate personification of his spirit.”

According to Kahney, there are two key components to Apple’s success: people and process.

The people side of that formula owes much to Jobs’s very hands-on approach to hiring.

“The single most important thing he does, himself, is recruit people,” said Kahney. Jobs hires the best talent he can find, whether it’s executive, engineering, or operational. Once the right people are on board, he helps ensure that those people are in an environment where they can do their best work.

That’s not to say that Jobs is a touchy-feely human resources type recruiter. He’s famous for terminating job interviews within five minutes if he senses that the candidate isn’t up to the task. And a good work environment doesn’t necessarily mean you aren’t terrified of the boss, either. Jobs is a demanding leader who doesn’t hesitate to be rude to or even yell at employees if their work doesn’t measure up.

The second part of the formula is process: How Apple comes up with product ideas, again and again, and is able to manufacture those ideas consistently, in volume. It’s not just that the company has product design and engineering geniuses (it does), but it also has found a way of generating new ideas that is uniquely creative.

A big part of that is prototyping. Whereas other companies might make six or seven prototypes while developing a new product, Apple will make hundreds, Kahney said. “They discover these products through prototypes, and that’s what makes it so creative.”

Venture capitalist Stewart Alsop, of Alsop Louie Partners, also praises Apple’s internal process. For instance, Alsop says, the company plans on the first version of any given product failing. It knows that consumers and the market will uncover faults with a product that no amount of prototyping can resolve.

Because the company typically puts several years of work into each new product before unveiling it, that means it still has a substantial lead over its rivals, even if its first version doesn’t exactly surprise and delight the masses.

For instance, Apple put underpowered processors in the first version of its iPad in order to cut costs, and only upgraded the processor — significantly — with the iPad 2 when it recognized how important that was in the real world. But because Apple had already invested huge amounts of time into the engineering and manufacturing of the iPad (going so far as to acquire a chip company and create a custom chip for the iPad), it was already years ahead of competitors like Motorola, RIM and HP.

“Nobody can catch up with that, because they don’t have a process for creating great products,” said Alsop.

Manufacturing is another area where Apple has changed the game. The company has forged uniquely close relationships with Chinese manufacturers like Foxconn, and it regularly pushes the limits of what their factories are capable of doing.

The unibody aluminum shell of recent MacBooks, for instance, represents years of design and manufacturing work. The almost seamless way in which the front and back halves of an iPhone’s chassis fit together is another, less obvious innovation: Five years ago, that level of precision was impossible in mass-produced products.

Designer Jony Ive spends a lot of time in China, Kahney says, working with manufacturers on ensuring that their machines and processes are capable of mass-producing what Apple needs.

“I think they’ve reinvented mass production,” Kahney said. “As much of what they do goes into manufacturing techniques as the product themselves.”

“The whole process — how they manufacture products, how they source components — it’s totally amazing,” said Alsop.

Even the design of Apple’s proposed new campus reflects Jobs’s commitment to building a company to last. Its futuristic design has been compared to a flying saucer, and the renderings that the company included in its planning proposal to the city of Cupertino, where they hope to build it, have a celestial, otherworldly feel to them. Beams of sunlight shoot out from behind the sleek lines of the circular building, making it look like it is about to float off into space — or perhaps has just crash-landed on Earth like the Starship Enterprise.

It’s clear that the building is intended as an icon, a monument: a permanent reminder of what makes Apple unique. It’s even got a circular shape that encloses a central courtyard like the walls around a fortress keep, enclosing a special, secret, pristinely “Apple” space. Working there, you’d be constantly reminded of the man who made the company.

“Tim Cook can probably hold the team together, so the real question is 10 years out,” said Alsop, who foresees years of continued revenue growth for the Cupertino company.

To sum up: Jobs has spent 15 years building the ultimate machine for inventing, manufacturing and selling consumer electronics, and just because he’s retiring, the machine is not about to grind to a halt any time soon.

“This guy’s been thinking about it for a long time,” Alsop said.

Top image: Rendering from Apple’s proposal to the city of Cupertino, Calif.