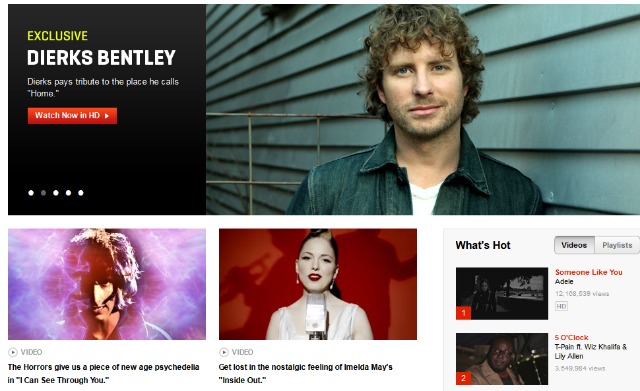 Vevo, the music video site jointly created by YouTube and music labels, is eyeing a new editorial focus with the hire of veteran journalist Jim Macnie as its editorial director.

Macnie, who previously served as managing editor of VH1.com for nearly a decade, will help maintain a consistent editorial voice on all of Vevo’s offerings, including its website, mobile apps, and connected TV apps. Vevo boasts that it has a catalog of over 45,000 music videos and original programming.

The news marks a new direction for Vevo, which initially began as a way for YouTube to offer high-quality, legitimate music videos. Music videos will still be the mainstay of the site, but the additional editorial coverage could help it find a bigger audience. Vevo showed impressive growth last year, when it reached 141 million unique visitors globally.

Macnie will report to Scott Reich, Vevo’s VP of original content and programming. His work has previously appeared in the New York Times, the Boston Globe and the Village Voice, among other publications.