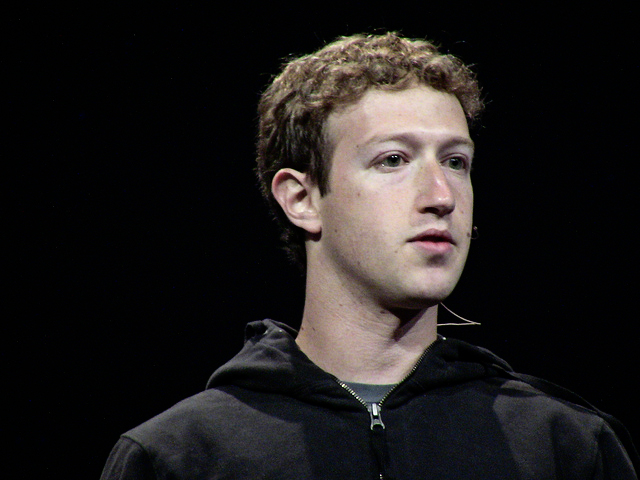 Mark Zuckerberg controls a majority of Facebook’s voting rights, and will continue to enjoy that control after it goes public, according to an unusual arrangement he struck with some key investors and colleagues among Facebook’s shareholders.

Under the arrangement, Dustin Moscovitz, Sean Parker, and a host of other Silicon Valley bigwigs have given Zuckerberg “irrevocable proxy” to control their votes. That means that their shares will swing with his shares.

Zuckerberg also has irrevocable control over shares held by DST, Greylock, Accel Partners, and other major firms and investors — and the voting rights that go along with those shares — in most circumstances.

“This is not common at all,” said Menlo Ventures partner Mark Siegel, who has monitored quite a few IPOs in his time in Silicon Valley and spoke to VentureBeat by phone today.

“He negotiated a very unique deal,” said Siegel of Zuckerberg’s coup. While no one knows exactly why Moscovitz, Parker, and a slew of high-powered VC firms would have given up their votes, Siegel speculated, “I’m sure there’s a point where shares were offered with that as a contingency.”

In other words, this may have been a qui-pro-quo trade of money (shares) for power (votes).

And maintaining power is something that Zuckerberg has focused on since Facebook’s inception.

“To give Mark and Sheryl their due, it looks brilliant having turned down those earlier offers,” said Siegel, referring to a past multi-billion dollar acquisition offer from Yahoo. “I think they understood before a lot of us did what the potential of the company was… Staying independent and private was a pretty smart move.”

Now, Zuckerberg will continue to exert his control over the publicly traded company; with his block of votes, he will have more sway in important decisions such as changes to the board, mergers, or splitting up parts of the company.

“Every company puts in place things like a poison pill, things that make it possible for dissenting shareholders to prevent a hostile takeover,” said Siegel. “Presumably [the voting arragement] puts more of that control in one individual’s hands… it concentrates a lot of traditional protections.”

Separately, a special “Class B” of shares has let Zuckerberg and a small group of executives and employees at Facebook exert more control than they otherwise would by giving them ten times the number of votes per share than “Class A” shares. Class A shares are the ones public investors will get.

This will also give Zuckerberg the ability to maintain control of Facebook even if some of his proxy friends decide to sell their shares. That’s because, under the rules of Facebook stock, those “Class B” shares, if sold, automatically get converted to Class A. Thus, people buying from the special proxy share owners will only get “Class A” shares with only one vote per share. Zuckerberg is thus left a greater majority of the powerful “Class B” shares, and thus will be more able to maintain control overall.

So except for unforeseen edge cases, Zuckerberg will maintain control of a huge block of Facebook shares (and votes) until he dies or divests. But as far as Facebook is concerned, Moscovitz, Parker, DST, et al. don’t constitute a group because they’re not voting together — Zuckerberg is voting for them.

For those of you fond of complicated legalese, here are the relevant paragraphs from the filing:

Under a second type of voting agreement, Mr. Zuckerberg has the authority (and irrevocable proxy) to vote these investors’ shares at his discretion on all matters to be voted upon by stockholders, except for issuances of capital stock by us in excess of 20% of our then outstanding stock and matters which would disproportionately, materially and adversely affect such stockholder. This type of voting agreement also provides that the investor shall not: (1) acquire any ownership of any of our assets or business, (2) make any solicitation of proxies with respect to the voting of any of our securities, (3) form any “group” within the meaning of Section 13(d) of the Exchange Act, (4) nominate any person as director who is not nominated by the then incumbent directors, propose any matter to be voted upon by our stockholders or initiate or vote in favor of or call for a special meeting of the stockholders, or (5) publicly announce an intention to do any of the above. Following the completion of our initial public offering, a transferee of the shares currently subject to this type of voting agreement shall no longer be subject to the terms of the voting agreement if we have a two-class capital stock structure and a party to the agreement is transferring Class B common stock that, upon completion of the transfer, becomes Class A common stock or is transferring Class A common stock. DST Global Limited and certain affiliated entities and Mail.ru Group Limited hold shares of our capital stock that are subject to this type of voting agreement.

We do not believe that the parties to these voting agreements constitute a “group” under Section 13 of the Exchange Act, as Mr. Zuckerberg exercises voting control over the shares held by these stockholders.

[This story originally published at 3:04pm]