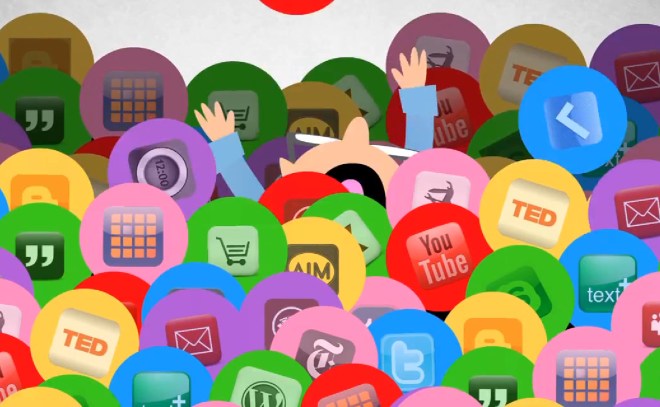 Tired of never finding the right app for you? The app search engine Quixey could be just the solution. The company is announcing today that it has raised $20 million in a second round of financing led by Atlantic Bridge Capital.

Imagine you’re looking for an app that will help you relax during a busy work day. You can plug in a few search terms like “relax” into Apple’s App Store or Google Play on Android, but you’ll likely end up sifting through tons of useless apps. With Quixey, you can simply enter a natural language query like “help me relax” and get relevant choices across different platforms.

It’s a new, and arguably better, way of handling app searches, which the company calls “Functional Search.” It’s a big step beyond current app search engines, which only look at titles and descriptions to figure out queries. Quixey also prides itself as being the only company to search apps across practically every platform — so you don’t have to perform multiple searches if you have an iPhone and an Android tablet. (The company also lets developers easily manage their apps across multiple stores.)

“If someone wants the right app for them, they should be able to say exactly what they want and always find hte best solution,” Quixey CEO and co-founder Tomer Kagan said in an interview with VentureBeat. “We can find you the right app when you don’t even know you’re asking a question.”

Kagan tells me that the company plans to double in size by the end of 2012 (it has 32 employees now) and move from Palo Alto to a larger Mountain View space. Quixey is also aiming to make more global partnerships with international manufacturers, carriers, web platforms, and search engines.

Other companies like Chomp (which was purchased by Apple in February) have also been trying to solve the app discovery problem. But Kagan says Quixey doesn’t see itself as Chomp, particularly because Quixey isn’t focused on building an app (and it doesn’t want to be tied down to one platform). The Chomp acquisition validated what they were doing, he said, but Quixey was already far into the current round when it happened. Eleven VCs reached out to Kagan the day Chomp was acquired, but none of them ended up being a part of today’s round.

Quixey was founded in 2009 and has raised a total of $24.2 million, which includes a $3.8 million round from last summer, and $400,00 from Eric Schmidt’s Innovation Endeavors and Archimedes Labs. SK Planet and Translink Capital also participated in today’s round, along with existing investors WI Harper Group, and U.S. Venture Partners.