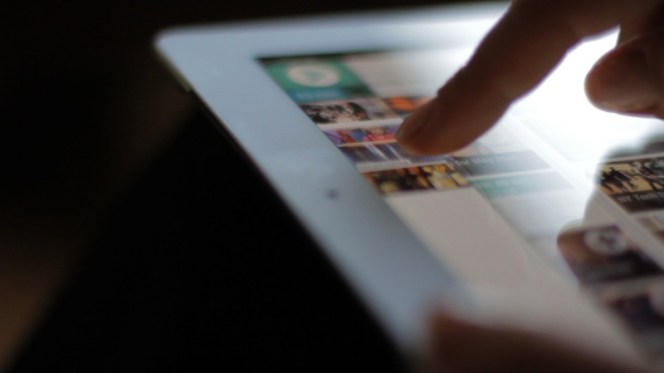 Tablets are a dream come true for news junkies, but with a tidal wave of content spread across countless apps and sites, it’s tough to just sit back and stay informed.

Watchup, a new startup competing at our MobileBeat 2012 Innovation Competition next week, hopes to reduce the noise with its free tablet app, which lets you queue up news videos and watch them uninterrupted.

“I wanted a hands-free experience — just the best and latest news videos coming straight to me,” founder Adriano Farano told VentureBeat in an interview this week. “It’s almost a TV-like experience, but much more intimate and portable.”

The app sports a simple and elegant interface, with your queue of selected videos on the left, and videos on the right from popular news sources like the Wall Street Journal, CNN, and the AP. Simply choose the videos you want to watch and hit Play.

Watchup launched last week, and while Farano wouldn’t share download numbers just yet, he was excited to point out that Apple featured the app under its “New and Notable” section in the iTunes Store on Monday. That’s a sign that it’s getting enough downloads and good reviews for Apple to notice. Publishers are also interested in working together with Watchup, Farano tells me.

The app competes with Newsy, which makes its own news reports based on breaking news, as well as apps from CNN and other organizations. But Watchup has a leg-up on all of them when it comes to simplicity.

Watchup is also a finalist for our MobileBeat 2012 Innovation Competition, where it will be duking it out against other tablet apps. This year at MobileBeat we’re focusing heavily on mobile design, and with its minimalist interface and ease-of-use, Watchup caught our eye pretty quickly.

Farano has news in his blood. His father was an entrepreneur who owned local TV stations in Southern Italy, and Farano himself spent 12 years running news organizations in France and was a Knight Fellow at Stanford. With Watchup, he wanted to figure out a new way to augment the news experience with tablets.

Watchup got its start at Stanford’s StartX Acclerator, but Farano tells me the company is soon moving out and shacking up with another StartX alum in Palo Alto. Together, they’re aiming to build a workspace they’re calling the “tablet dojo.”