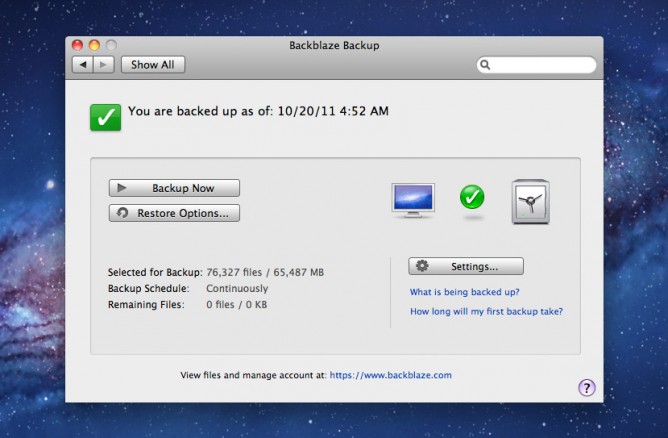 Storage startup wild child Backblaze rebelled against itself today and announced it has raised $5 million in funding. The company notoriously bootstrapped for years in an effort to fuel innovation and efficiency. Despite being profitable, Backblaze has pivoted its no-venture-capital policy to pursue its goal of making unlimited backup available to all PCs and Macs.

Backblaze is an extremely easy-to-use, cheap storage service that keeps data safe by continuously and automatically backing it up to the cloud. Founder Gleb Budman shook up Silicon Valley by sharing the secrets behind the company’s technology in 2009 and again in 2011. The company stores nearly 40,000,000 GB of data and backs up 100,000,000 files per day. It makes money by charging users a small monthly or annual fee for the service.

The revenue is apparently not enough to quickly achieve Budman’s ultimate goals and thus he set out to fundraising. He received the $5 million from British firm TMT Investments. The money will be given in two equal distributions. Read the full story (including a trip to Panama) on the Backblaze blog.

Backblaze was founded in 2007 and is based in San Mateo, Calif.