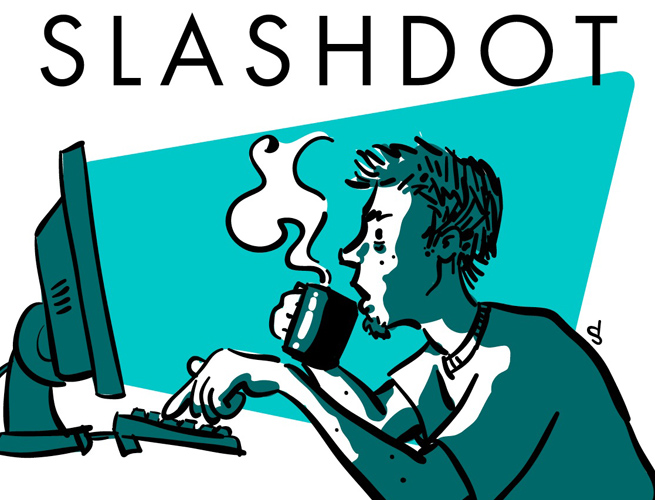 Long-running tech news and analysis site Slashdot launched 15 years ago today, and it is still chugging along, capturing the best bits of news around the web and letting people vent on various topics.

“For the past 15 years, Slashdot has been a source of fun technology news and a place that finds tech’s zeitgeist,” longtime editor Timothy Lord told VentureBeat. “The site still looks and works surprisingly similar to how it did when it started, but it’s now much cleaner and more streamlined.”

Rob “CmdrTaco” Malda created Slashdot in 1997. He selected “Slashdot” for the site’s name because it was an “intentionally obnoxious URL.” Malda resigned from Slashdot in August 2011. In March 2012, Malda joined the Washington Post as chief strategist and editor at large of WaPo Labs.

Since Malda’s resignation, the site has continued to run well, but it faces stiff competition from Reddit and social networks that provide the aggregation and commenting services that Slashdot once dominated.

In mid-September, Dice Holdings purchased Slashdot, SourceForge, and Freecode from Geeknet for $20 million in cash. Lord said he does not expect the site to change much under new ownership.

Slashdot attracts 3.7 million uniques per month. Lord said that through its history, the site has hosted discussions on more than 123,000 stories, and in true geek fashion, he noted that the site hit 123,456 stories just last week. The site’s Hall of Fame page shows the most popular posts and gives a historical perspective on the major events the site has seen.

Check out the exclusive infographic below for a deeper look at Slashdot’s history: