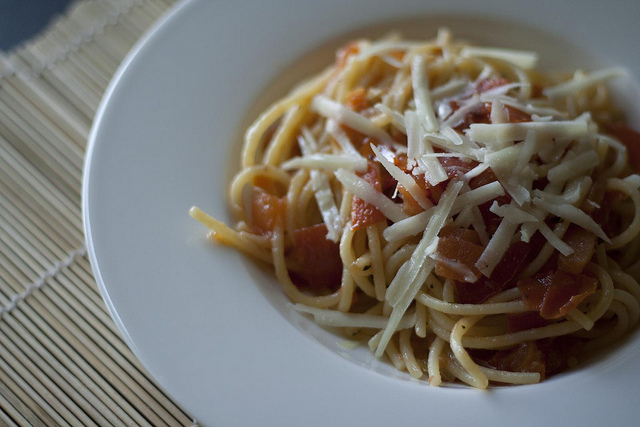 While looking into Salerno, Italy in conjunction with one of today’s funding stories, I was enchanted with the coastal views of charming beach towns and quaint boats in the harbor. Then I stumbled upon the news that San Francisco Italian restaurant SPQR received a Michelin star, and now I have pasta on the brain. Like an exquisite pasta dish, a startup should stick to the basics, focus on execution, and keep its users and investors coming back. Read more to find out what companies wrapped millions around their spaghetti forks.

Another startup launched today, backed by venture funding, to match individuals with needs to people eager to fulfill them. Rewarder is a social marketplace where people can solicit advice, expertise, and resources from the community in exchange for rewards. Its early traction helped Rewarder secure $7 million in its first round of funding. The investment was led by Granite Ventures and Radar Partners and includes participation from angels Ron Conway, David Lee, and Kenny Lerer. Read more on VentureBeat.

Lerer Ventures is adding a $36 million fund to its arsenal, its biggest one so far. This early stage startup firm is based in New York and run by the father-and-son duo, Ken Lerer and Ben Lerer. Earlier this month it helped  invest $2.4 million in Google Now-like service Grokr, and last month it fueled a $3.25 million investment in women’s fashion marketplace JOOR. Other big investments by the firm include Warby Parker, Rap Genius, MakerBot, and Chartbeat. Read more on VentureBeat.

Unlock the goldmine in your closet on Tradesy

AirBnB proves administrative laziness is not as exciting as $100 million

AirBnB at long last got around to filing a Form D for its Series B, which initially closed in July 2011. The filing caused quite a stir today in the tech community, with rumors that this $117 million was a completely new round of funding. The realization that AirBnB has not received another massive round of investment, but rather was lackluster with the paperwork, was less exciting. Particularly because of the rumors flying that Peter Thiel wants to invest as much as $150 million in the “social bed and breakfast” company. At least there is an added $5 million (we reported $112 million last year) to make this more slightly newsworthy. Stay tuned for more news about the anticipated Series C. Although we may not see the form for a year after. Read more on VentureBeat.

If I lived on the Amalfi coast, chances are I would not be an entrepreneur (or a journalist). I would probably be too distracted by the stunning scenery, delightful coastal towns, and delicious cuisine to start a company. The same does not apply to the founders of Salerno startup 4w marketplace,  an online advertising network that partners with Italian publishers and media agencies. The team participated in the Digital Magics incubator program and received a little money from there, but has closed a $3.2 million deal from Principia SGR, an Italian venture firm. Read the press release.

BuildDirect.com is bolstered by $4 million from BDC Venture Capital. This e-commerce company distributes heavyweight building materials directly from manufacturers to consumers. It uses big data and a technology platform to function as a logistics company. Its predictive analytics engine helps material suppliers operate more efficiently and cuts costs for regional shippers. This brings the total funding to $20.6 million, which is big for a Canadian technology company. BDC Ventures is the venture arm for the government-owned Business Development Bank of Canada.

Health Essentials received investment from SV Life Sciences and Bessemer Venture Partners to expand its platform. This health care company provides postacute care management services, meaning it helps clinics, nursing facilities, hospices, hospitals and other medical providers manage patients once they are released from a facility. The amount of the round has not been disclosed.  Read the press release.