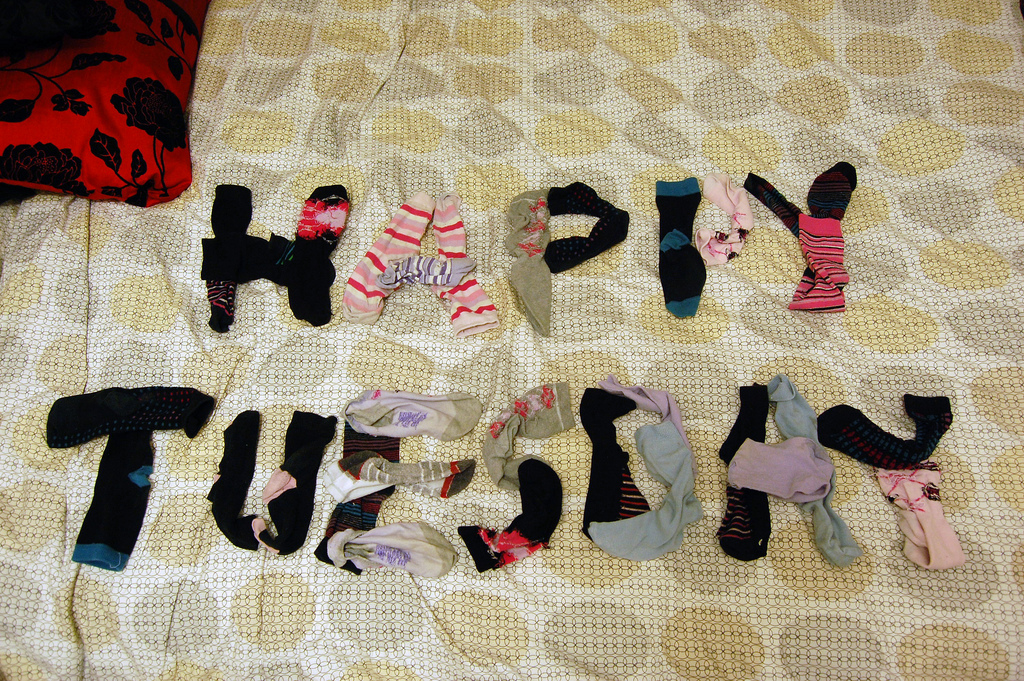 In the wake of Black Friday, Cyber Monday, and the seemingly never-ending parade of “spend-this-way on this-day-of-the-week” commercial ploys, Giving Tuesday  is about donating to good causes. For me, every week has a Giving Tuesday, as it is the most popular day of the week for companies to announce investors are giving them money. Let’s hope a few of them bestow their generosity on non-profits as well. And no, a startup without a business model or revenue stream does not count as a non-profit.

Green energy company SolarCity has just announced share prices for its upcoming IPO; at between $13 and $15 per share, the initial public offering should raise approximately $151 million for the company. SolarCity’s business is based on financing and leasing rooftop solar panels for residential, government, and commercial use.

In an SEC filing, SolarCity said it would release 10 million shares in the offering, and shareholders would sell around 65,000 shares total. Shares will debut on the NASDAQ under the ticker symbol SCTY. Underwriters for the deal include Goldman Sachs, Credit Suisse, Bank of America, Merrill Lynch, Needham & Company, and Roth Capital Partners. Prior to the IPO, SolarCity has raised a total of $455 million in venture capital from the likes of Draper Fisher Jurvetson, Pacific Gas & Electric (PG&E), and tech luminary Elon Musk. Read more on VentureBeat.

Vice or Versa? Either way, stealth networking startup gets $14.35M

Stealth startup Versa Networks has raised $14.35 million in its first round of financing. The company’s homepage states that it will transform the network infrastructure market and is backed by Sequoia Capital. The founders are industry veterans Kumar Mehta and Apurva Mehta, who both held executive positions at Juniper Networks, a manufacturer of equipment to set up networking infrastructure. Read the filing.

PowerInbox merges with its biggest competitor, gets $10M

PowerInbox, the consumer-focused startup that makes email interactive, has merged with its biggest competitor on the enterprise side, ActivePath. In the wake of the merger, the new company (which will go by “PowerInbox”) has pulled in $10 million in funding from Atlas Ventures, Longworth Partners, Battery Ventures, Genesis, GIMV and Correlation Ventures. United, these companies are a force to be reckoned with. Over 50 email applications will serve 500,000 users, who will receive 5 million emails per year. Read more on VentureBeat.

It’s that time of year again — Wikipedia fundraiser time, that is

This year marks the Wikimedia Foundation’s ninth annual drive; the foundation is trying to raise a total of $25 million to be used toward keeping Wikipedia and its sister projects alive and kicking. As the foundation noted this morning in a release, most of its funding will continue to come from grants and donations from other sources, not the annual campaign. Funds will be used for software upgrades, more editors, accessibility projects, and a continued ad-free user experience. Read more on VentureBeat.

At The Pool helps people make new friends, keeping the old is up to you

Social platform At The Pool has raised $1 million for its online gathering place where users meet new people based around shared interests. Users create profiles and join “pools,” and the technology generates daily matches of people you may want to meet. This invite-only “exclusive community of extraordinary people” launched in July and has expanded its presence into more than 50 countries. The site also went through a redesign with new added features. At The Pool is based in Los Angeles, and the investment came from Clearstone Venture Partners and a syndicate of LA angel investors. Read more on VentureBeat.

Cook like a chef, no shopping required, with the power of Science!

Science, L.A.’s offbeat tech incubator, has just launched its latest creation: FreshDish, a startup that aims to get families of all sizes cooking fresh, healthy food with minimal time and effort. FreshDish does have an upcoming iPhone app. You sign up for a plan; FreshDish delivers tasty, fresh ingredients to your door. You cook ’em up in 30 minutes or less, and you get to eat an awesome meal with the people you care about most. Today’s launch was accompanied by the announcement of a half-million dollar seed round from Battery Ventures, as well. Read more on VentureBeat.

Lift, the startup that aims to simplify self-improvement, has raised $2.5 million in funding and is now exponentially more fit to help people keep their resolutions. The three-month-old application offers people a rudimentary way to track goals such as flossing or eating veggies, and uses social encouragement to keep folks coming back. The mobile self-improvement system, already beloved by early backers Evan Williams and Biz Stone of Twitter fame, has attracted even more industry celebrity buy-in. The $2.5 million Series A round was led by Bijan Sabet at Spark Capital and included participation from SV Angel, Adam Ludwin, Tony Robbins (yes, that Tony Robbins), David Allen, and Greg Yaitanes. Lift has raised $3.1 million in funding to date. Read more on VentureBeat.

Nova Scotia startup LeadSift struck a deal for $500K with OMERS Ventures, the venture capital arm of a large Canadian pension fund. LeadSift mines social media data to find leads that can be used by sales and marketing teams. Using real-time data analytics, business can gain actionable insights into consumer behavior. This investment will be used to extend the lead identification algorithm into different data sources and provide the technology to other platforms.