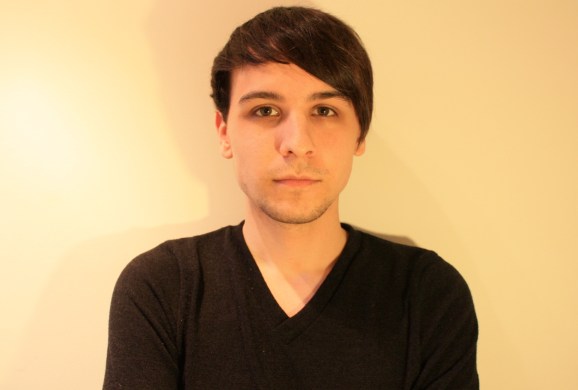 Jacob Cook has an ambitious plan to replace Google -- with Raspberry Pi servers running his arkOS.

For most of us, Google shutting down Reader was annoying. For Jacob Cook, it was a call to arms.

He’s now building an operating system that anyone can use to replace all of the services that Google provides — or any other cloud company, for that matter. Email, chat, file sharing, web hosting: With Cook’s arkOS, you’ll be able to run all of those essential services on a secure, private server in your own home that’s about the size of a credit card.

“Google, while it is a great service that has done wonderful things for the Web, is showing some troubling signs,” Cook told me. “Their shutdown of Google Reader earlier this year means that none of the services [we] rely upon are sacrosanct if they are not profitable enough for them.”

Above: A Raspberry Pi is a full-blown computer small enough to hold in your hand.

ArkOS is a Linux-based server operating system that’s designed to run on the popular, diminutive Raspberry Pi hardware. (Eventually it will be able to run on other platforms, such as the BeagleBoard, or even full-size PCs.) Running on top of arkOS is Cook’s open-source Genesis application, which provides a web-based interface for controlling the different services running on your server. Genesis is open source, and all the files are available on GitHub, and you can also download the arkOS files and install them yourself. However, the project is still at an early, “alpha” stage of development, so Cook advises against using it for any serious work just yet.

Cook, who is a 23-year-old university student, has started a crowdfunding campaign to raise money so that he can focus on arkOS full time. He’s hoping to raise $45,000 in the next 24 days, and has already collected $5,645 in pledges from over 100 backers. He has also created a legal entity, the CitizenWeb Project, to be the organization responsible for the project.

In addition to the long-term unreliability of Google’s services — the fact that they could shut anything down at any time if it no longer aligns with their business interests — the recent revelations that the NSA can access so much online data gave Cook’s project an additional impetus. If the NSA is able to extract data from Google, Microsoft, Facebook, AOL, Twitter, and who knows what other services, who can you trust with your data?

“The idea that the NSA and its global counterparts can have nearly free reign in the networks of these large companies makes users a target,” Cook said. “Moving users out into self-hosted nodes makes sense from this perspective: It makes wholesale data collection many times more difficult. And when coupled with proper cryptography and secure setups by design, it makes NSA-style snooping practically impossible.”

The arkOS project, when it’s complete, will provide users with a small device they could plug into an Ethernet port at home in order to host their own cloud services. There are commercial alternatives, like PogoPlug, but PogoPlug only lets you host your own files — it doesn’t provide a comprehensive suite of Internet services, like website hosting, chat, email, and so forth. ArkOS will provide those services, with customizable levels of security so you can control who gets to access each one.

Other secure open-source operating systems exist as well, most notably Tails, which gives you a secure desktop environment to do your business. (It, too, is based on a version of Linux, and is pre-configured to use a range of secure applications, and relies on the Tor network for secure browsing.) But Tails is a desktop operating system, while arkOS is for servers.

“If you host your data with arkOS then access it on your other computers with Tails, it’s a winning combination,” Cook said.

Another potential limitation: Most home Internet service providers optimize their services for download speeds, not upload speeds — so you can stream video to your TV just fine, but hosting a big media library on an arkOS server might result in very slow performance if you’re trying to access it from outside your house. To address that, Cook said he’s working on ways of hosting arkOS remotely, through providers like DigitalOcean, so you could run an arkOS server in a data center but still have total control over it yourself and manage it through the same web interface.

Cook hopes to have the framework stable enough to use by March, 2014, and will continue adding features for the next year.

The project is based on his own experience as a Linux hacker and IT administrator as well as his academic interest in computer security. He admits that he doesn’t have deep cryptographic knowledge, but as he’s not building a new crypto system, that’s probably not a big problem. He’s also attracted a few people to contribute to the open-source system, but for now he seems to be the primary driver of it.

He may be just one young coder, but then Linus Torvalds was just a lone coder once, too.

Here’s a video about arkOS.