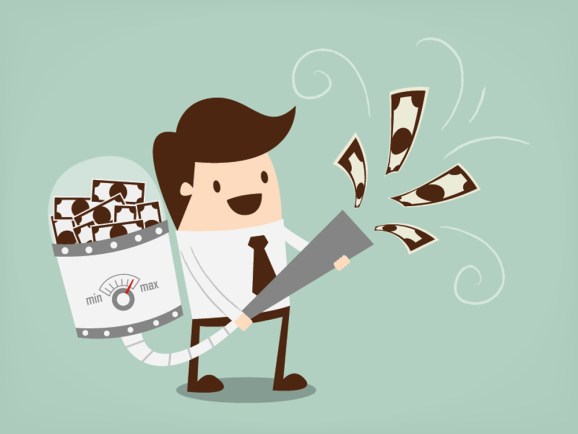 Big data company Hortonworks couldn’t let competitor Cloudera’s news about $160 million in new funding go unanswered. Today Hortonworks announced a big $100 million round of its own. And now it can push just as hard as Cloudera to make the underlying open-source software, generally known as Hadoop, more of a mainstay inside companies’ IT architectures. Executives are looking to expand the company’s geographical presence and work with other companies to build reference architectures that can give Hadoop a bigger role. Read more on VentureBeat.

Salesforce.com rival RelateIQ has raised another $40 million in fresh capital at a valuation of $245 million. The Palo Alto-based big data startup helps employees and sales teams track key contacts. It’s billed as an alternative to Salesforce that is more driven by the data. The company recently hired veteran data scientist DJ Patil to lead this effort. Read more on VentureBeat.

Cloud-based point-of-sale startup Vend has a lot of new cash in its war chest. The fast-growing New Zealand startup has raised $20 million (NZ $25 million) in new investment, the company announced today. Vend intends to use the funding to expand internationally, particularly in the U.S. and Europe, where it plans to open an office shortly. Read more on VentureBeat.

What do you call a thousand lawyers at the bottom of the ocean? An alpha test group for Clio. Hah! Clio makes software for attorneys, and it’s just taken in a third round of institutional funding — $20 million led by Bessemer Venture Partners. The Clio product helps lawyers get a lot of their administrative tasks done automatically and in the cloud. This is especially useful at the typical U.S. firm, which has fewer than 10 employees, or sole proprietorships. Read more on VentureBeat.

Education startup TakeLessons has raised a fresh $7 million in funding to grow its student and teacher matching platform, the startup announced today. TakeLessons is a marketplace where you can see the availability of qualified teachers that specialize in music, dance, acting, math, photography, and foreign languages. It offers a clear advantage to finding instructors via Craigslist or other classified services because the teachers are “vetted,” the startup said. Read more on VentureBeat.

Just when you thought it was about damn time for mobile bar code scanners to withdraw to the shadowy caves of computer history, Scandit raised a round. Scandit makes — you’ll never guess — barcode-scanning and data-capture software for smartphones. It’s taken $5.5 million in venture capital. The round was led by Ariel Luedi, CEO at e-commerce company Hybris. Read more on VentureBeat.

Kraken, an online exchange for Bitcoin, Litecoin, Namecoin, Ven, Ripple, and other digital currencies, has collected a tidy $5 million. That’s $5 million in real, grown-up dollars. Kraken is a division of Payward, a firm specializing in virtual goods and virtual currencies. What makes its Kraken special, you ask? Read more on VentureBeat.

Initial State, a startup based in Nashville, Tenn., has raised $570,000 in seed funding. Angel investor Jeff Jacobs led the round, alongside contributions from other angels. Initial State, which spun out of printer comapny Lexmark, will use the new money to prepare for the launch of cloud-based software to visualize data from logs. The startup “aims to reduce the time and money required to debug products – a problem with huge numbers attached to it,” founder and chief executive Jamie Bailey wrote in an email to VentureBeat.