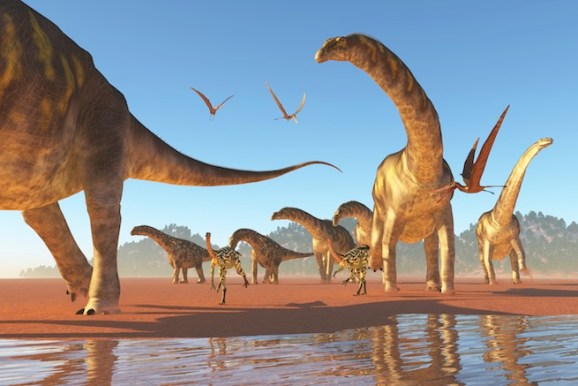 Ronald Hovsepian, chief executive of Intralinks, recently dismissed Box as a “consumer-grade player,” saying it was not a serious competitor in the enterprise market.

“Most of the other file share platforms don’t have the content engines we have for enterprise sharing or our controls because they’re trying to learn the market,” said Hovsepian, who then went on to assert that both Box and Dropbox are “really consumer heritage platforms.”

Box senior vice president David Quantrell fired back that the Intralinks executive’s position was inaccurate and did not represent the opinion of most enterprise customers.

The funny thing about this public shouting match is that Intralinks and Box are not even direct competitors. Intralinks is a virtual data room service that primarily services M&A transactions, while Box is a cloud-based service for document creation and storage. If anything, Box is gunning for Sharepoint. Nonetheless, Box has clearly gotten under Intralinks’ skin, and a look at the yawning gap between the two companies’ valuations suggests why.

Despite the fact that Intralinks has over $250 million of annual revenue from a high quality list of enterprise customers, the market conservatively values Intralinks at around $590 million, just over two times revenues. Box, by contrast, recently closed a $100 million venture round at a $2 billion valuation, which is approximately an 11X multiple above its estimated 2013 revenue.

Clearly the market believes Intralinks will face serious obstacles to growth in an increasingly competitive software landscape. And to the extent that the 18-year-old company resembles other enterprise solutions from the 1990s, it’s not alone. Even though its been less than a decade-and-a-half since the nineties ended, the difference between the enterprise companies that rose to prominence in that decade and their successors is as stark as the contrast between dinosaurs and mammals.

Many of the dominant nineties enterprise players like Microsoft, Oracle, SAP, Lotus, and Merrill Datasite are still around in one form or another, but as the consumerization of enterprise IT accelerates, it’s bringing a host of innovative new companies is storming the market.

Workday, Guidewire, ServiceNow, Veeva and Marketo are just a few of the top-shelf software as a service (SaaS) companies that have gone public in recent years. And these firms are just the first wave of rapidly growing SaaS startups coming out of Silicon Valley, and hit critical miss. Take a look at VentureBeat’s list of likely tech IPOs for 2014 and you’ll see how it’s dominated by innovative enterprise companies like Palantir, MongoDB, Pivotal, Cloudera, Pure Storage, New Relic, and SugarCRM. And that doesn’t include rapidly advancing players like Zuora, DocuSign, Infor, Act-On, Domo, Asana, and many others.

The stark reality facing the enterprise dinosaurs is that the IT landscape has shifted in a way that favors the SaaS mammals. The key factors driving this shift are well documented, and they all point to the current sea-change continuing. By and large, the mammals have ushered in a wave of applications that emphasize the user experience, resulting in tools that are far easier to support. The economics of relying on the web for distribution and leveraging inside sales (as opposed to field sales reps handing out steak dinners and Knicks tickets) lets the mammals offer superior pricing to their clients. And a greater emphasis on workflow and integration means that the current crop of SaaS companies were born in an age where productivity–not functionality–was the end objective.

As a result, enterprises are rapidly embracing the new generation of SaaS companies. Gartner predicts that cloud services will be the majority of all IT spending by 2016.

This puts the enterprise old guard in a difficult position. Some nineties players like Oracle and SAP have responded by making frequent acquisitions of startups. But the reality is that the majority of the legacy firms face the innovator’s dilemma. Market leadership often leads to stagnation and a subsequent deterioration in the marketplace. Preventing your company from reaching that point often means cannibalizing your existing product and/or business model, which is a difficult decision to make and execute.

All of this makes Hovsepian’s snarky comments about Box come across like a shout of frustration. Publicly attacking a younger company’s reputation is easier than improving your own product’s user experience or revamping your business model.

Is it possible for the dinosaurs to reinvent themselves, evolve, and survive into the next era of software? It certainly is, but it starts with real innovation and throwing out most of their old technology and dated business practices. Only through making real changes can legacy enterprise companies evolve and compete. No amount of roaring by the dinosaurs is going to chase the mammals out of the jungle, much less bring back the nineties.

Eric M. Jackson and Christopher Grey are the co-founders of CapLinked, a secure collaboration and workflow solution for managing complex business deals and projects. Jackson previously ran the marketing team at PayPal and authored the award-winning book The PayPal Wars.