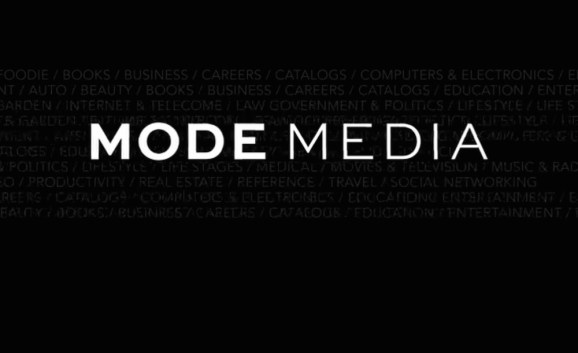 Glam Media is giving itself a major makeover.

Today the company announced that it is changing its name to Mode Media to better reflect its extended focus on a wider variety of topic-based publications, including Foodie, Glam, Brash, Tend, and yet-to-launch verticals for entertainment and home/living news. The company is also rolling out a new version of its publishing platform, which it built using technology acquired from Ning.

But the bigger announcement? Mode is launching its own video platform and accompanying video site.

Mode has opened up its own video studio in West Hollywood and plans to debut 10 original “episodic” video shows across its various verticals, Arora said. (Glam will produce five of those, while the others will come from outside studios.)

The move makes Mode the latest major media company to go after a video strategy. Yahoo has spent the last year trying to increase its profile when it comes to video, and AOL is banking on video as its future. The reason for this is that video advertising is viewed as being more effective and able to bring in more revenue than text/display ads.

The only problem with original web shows is that no one has quite figured out how to make lots of money off of them. I asked Arora how he planned to avoid falling into a strategy like AOL’s, which includes forcing loosely related videos into nearly all of its news and written content posts as well as signing deals with studios like Miramax for new ad-supported video channels.

“We’re not interested in competing with Netflix and Amazon for TV and movie licensing,” Arora said, adding that Mode’s original shows will be non-scripted series related to the verticals its news communities care about.

As for its distribution strategy, Arora told me Mode will allow videos to be embedded on other websites as well as across its own publications and other blogs within Mode’s network. But the company won’t be trying to shove that content down people’s throats by adding an embedded video to every article page, Arora said.

“The state of the video business is akin to the state of the blogging business 10 years ago,” Arora said. “You’ve got these professionals making really good, original content that nobody sees.” He added that this is the case with many premium YouTube channel partners.

“People are already coming to our verticals, so the video content will be a natural fit for people to discover,” he said.

The push into video could explain part of why Mode has held off on making an initial public offering, which it’s been rumored to be planning for quite a while now. Clearly, the company sees the potential of video (both advertising and content). And I’m sure that Wall Street wouldn’t look fondly on the public launch of any major media company that went public without a video content strategy at this point.