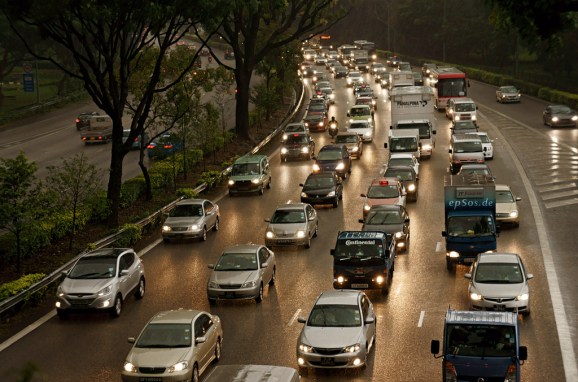 Kleiner Perkins takes in $1.2B

That was fast. Just one week after disclosing that it was raising $1.2 billion for two new funds, longstanding venture capital firm Kleiner Perkins Caufield & Byers has finished that work, Fortune’s Dan Primack reported today. The first fund, totaling $450 million, is for early-stage deals. The remaining $750 million is for the firm’s new digital growth fund.

Don’t let BlaBlaCar‘s ridiculous name fool you. The French carsharing company just raised a sizable $100 million round from Index Ventures, Accel Partners, and more to “transform city-to-city travel.” Unlike Uber, Lyft, Sidecar, and other startups lumped into the ridesharing genre, BlaBlaCar doesn’t intend to enlist full-time, or even part-time drivers. Founded in 2006, BlaBlaCar considers itself an alternative to city-to-city travel and claims it does not want to challenge the taxi industry. Rather than taking the Eurostar train system from London to Paris, you can book a seat in the car of someone who already plans to drive there.

Cloud storage carries inherent security risks, but private cloud solutions can drastically reduce those risks. They’re a safer option than cloud storage services like Box or Dropbox — and CTERA just raised a substantial funding round to make that process easier for security-conscious enterprises.

“Big data” isn’t just numbers – companies have oodles of text-based data they need to make sense of and put to good use, and Luminoso is on the case. Today, Luminoso announced that it has raised $6.5 million as its first found of institutional funding. Luminoso is like a translation service; it takes a bunch of unstructured text and turns into numbers and trends for its customers. As it currently works with large companies, mostly in food, retail, and some tech such as REI, Sony, and General Mills, it’s been helping them analyze customer sentiment.

According to an SEC filing today, we learn that Inking Systems has raised $6 million in equity funding. The Form D listed Sequoia Capital’s Bryan Schreier, Tenaya Capital’s Thomas Banahan, and Silicon Valley “wise man” Peter Currie as investors on the board of directors. Inkling is a cloud-based platform for creating and distributing content.

Cloud Engines, Inc., creators of the Pogoplug device, just raised another $2 million, according to an SEC filing dated today. Pogoplug allows users to automatically backup their most important files and data wherever they go thanks to unlimited cloud storage. As a matter of fact, Cloud Engines is all about the “unlimited” part of that sentence. Case in point, the company recently partnered with Sprint to offer unlimited cloud storage to users for $5 a month, falling right in line with the mobile service provider’s “unlimited” everything plans.

Entytle is hunting down $2M

According to a filing with the SEC today, Entytle is in the process of raising a round $2 million in equity funding. Around $1.14 has been confirmed so far; the company is waiting to sell a further $800,000. Jones Day partner Bob Clarkson is listed as a director. Entytle does analytics across an entire app or service’s userbase, combining information from a variety of systems.