Here’s one out of left field: Aaron Paul, star and one of the main protagonists from the smash hit TV series Breaking Bad, has just launched his own iPhone app.

In a thinly-veiled homage to the quirky messaging app “Yo” that launched earlier this year, Yo Bitch (shortened to “YB”) lets you send an enthusiastic greeting to friends, family, and acquaintances alike.

Rather than saying “Hey”, “Howdy”, or even “Yo”, you can choose from “Yo, Bitch,” “Hooray, Bitch,” “Bueno, Bitch,” and countless others depending on the situation. It’s not just simple texts either. You can send and receive audio messages recorded in Aaron Paul’s voice.

To set things up, you have to create an account, which requires that you divulge your mobile phone number. This is designed to make it easier for you to connect with friends who install the app. Then you just tap a contact’s name, choose your phrase, and hit send. 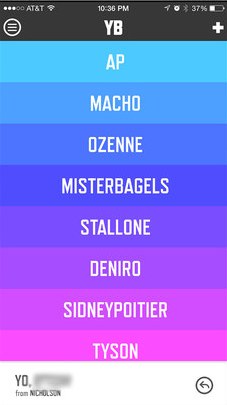 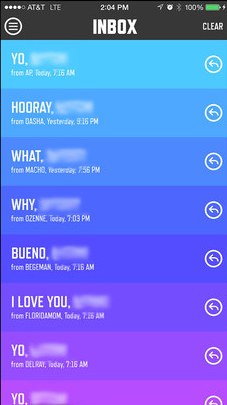 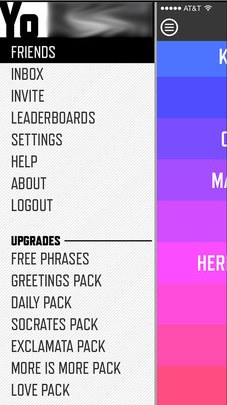 Though the iPhone app is free to download, it’s clear that this is intended as more than a fun little side-project from the actor. The goal here is very much to make money, as you can pay to unlock “packs” of theme-based phrases for $0.99 each.

Aaron Paul has admitted he’s frequently asked to repeat his famous “Yo Bitch” exclamation by fans of Breaking Bad, so this is just his way of making a little money from the catchphrase.