YouTube has over 1 billion monthly active users. Thanks to the service, Google has paid out over $3 billion to the record industry to date, in addition to providing a ton of promotion for artists, “helping fuel ticket sales, move merchandise, and boost album and song downloads.” Today’s launch is aimed at helping artists, sure, but also giving fans who turn to YouTube to discover music a new app designed exactly for that.

No matter where you first hit play in the app, whether on a specific song or on an artist’s page, the music will continue playing. The home tab will recommend tracks based on what you choose in the app and play on the YouTube site in general.

In October, during Google’s launch of YouTube Red (its $10 per month ad-free service), the company first revealed YouTube Music. The company explained the app is all about music discovery, giving users free rein to explore YouTube’s various music catalogs. 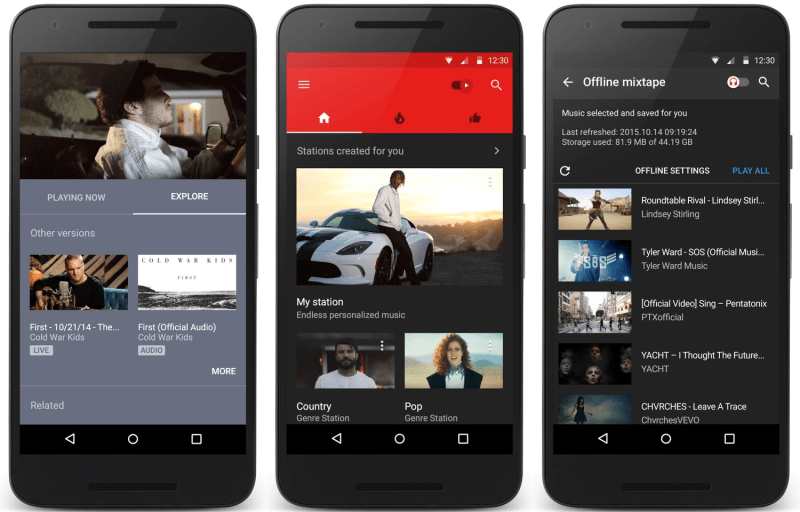 Speaking of YouTube Red, if you’re a subscriber to that service, your YouTube Music app will not have ads. You’ll also have the ability to listen to music offline, switch between video or audio-only modes, and also be able to hear any video play even when you’re in another app or have your screen turned off. YouTube is giving all users access to this experience as part of a 14-day trial.

Pay features aside, all users can use the app to create a customized station with music recommendations. The app also includes remixes, covers, lyric videos, and concert footage — content you might not be able to get through music services like Spotify. 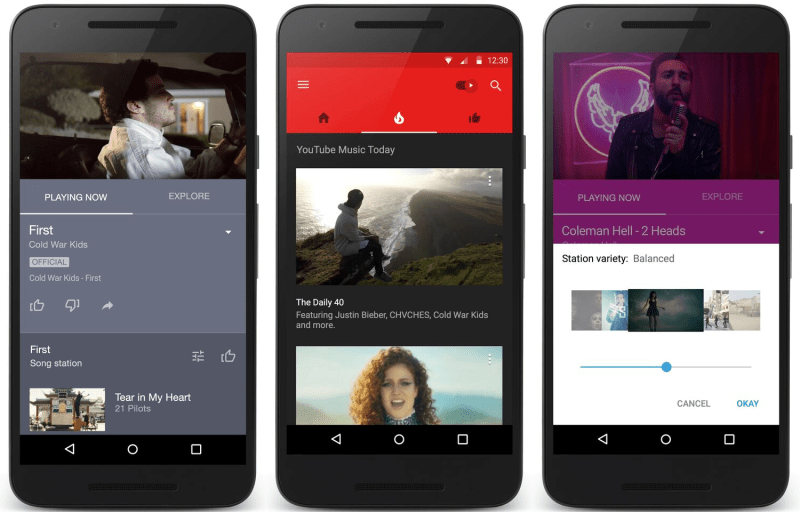 This is the first such app from YouTube. The Google-owned company has dabbled in insights for artists and giving creators more info about audio added to their videos, but this is the first time the company is offering an easy way to just continuously stream music.