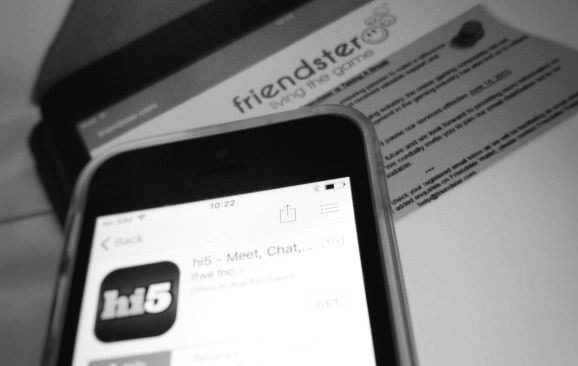 A lot has happened in the ten years since Twitter was founded — Apple’s App Store and Google Play have come to fruition, the app economy is a billion-dollar industry, and mobile phones have become the new computers. This shift in the way people communicate and interact with each other opens many opportunities not only for fledgling startups, but for companies born before the smartphone revolution was in full swing.

Still, it’s often easier for companies born during a technological shift to embrace it — Snapchat, for example, is killing it. Facebook was almost left shaking its fist at the smartphone dust cloud, but it turned things around in time, and now more than half of its 1.5 billion users only ever access the service on mobile.

Twitter may be struggling by some metrics, but more than 300 million monthly active users (MAUs) is nothing to scoff at, especially with 80 percent of those active on mobile. For all the naysaying, Twitter has done a great job of moving with the times and ensuring it isn’t left behind. So to give a little context to Twitter’s current position and place in the tech realm, it may help to take a look at other social networks that have floundered since Twitter’s inception.

Founded by Canadian coder Jonathan Abrams in 2002, Friendster predated Twitter by some four years, and Facebook by two years. At one point it claimed north of 115 million registered users.

The company had reportedly spurned the advances of Google for a proposed $30 million acquisition in 2003, but was eventually snapped up in 2009 by MOL, a Kuala Lumpur-based payment systems vendor. MOL then sold a slew of Friendster’s patents to Facebook for a reported $40 million.

After pivoting to become a social gaming and entertainment platform in 2011, Friendster saw some success in many parts of Asia. But its demise at the hands of the more powerful and omnipresent Facebook and, to a lesser extent Twitter, was complete by 2015. Friendster is officially “taking a break,” but there’s no real hope for its revival. 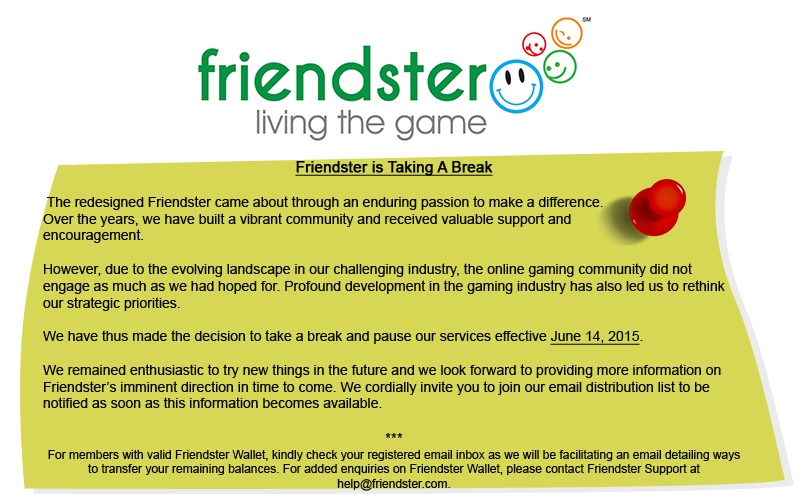 Founded in 2003, Myspace also pre-dates Twitter and Facebook, and it was once the largest social network in the world, even a few years after Facebook’s arrival on the scene. Its focus on music, in particular, endeared it to millions.

Having acquired it for more than $500 million in 2005, News Corp. offloaded the site in 2011 amid falling user numbers. Even through a change of ownership and focus, and with big-name stars such as Justin Timberlake taking a piece of the Myspace pie, it has never really recovered.

That said, as of last year, Myspace was still reporting 50 million visitors each month, and staggeringly, it still had access to over 465 million email addresses in the U.S. alone and more than a billion registered users globally. It was this vast pool of data that led the mighty Time Inc. to acquire Myspace-owner Viant earlier this year. Myspace may still be alive, but it’s not exactly kicking, and it’s being stripped for parts.

Status: Alive (but not really kicking)

Founded out of San Francisco in 2003, Hi5 launched around the same time as Myspace and Friendster and was once a popular social network, with some reports suggesting it was second only to Myspace as late as 2007.

But with the snowballing popularity of others in the realm, Hi5 shifted away from being a strict social network to become more of a social online gaming platform, and it was later acquired by fellow social network Tagged, in 2011. In 2014, Tagged rebranded as an app incubator called If(we), under which Hi5 and Tagged continue to operate.

Google never quite managed to nail the whole social networking thing, but it hasn’t been for lack of trying. Besides Google+, the Internet giant also operated Orkut — named after its creator at Google, Orkut Büyükkökten — from 2004 until 2014.

Orkut never attained mainstream global success, but it was hugely popular in Brazil, where it was bigger than Facebook until 2012. India also took to the service, with a smattering of users across other markets, including the U.S., China, and Japan. But Google shuttered the service completely in 2014.

Founded out of San Francisco in 2005 by husband-and-wife team Michael and Xochi Birch, Bebo was once bigger than Myspace in the U.K. and Ireland. It was purchased by AOL for a hefty $850 million in 2008, but, as was typical of social network acquisitions at that time, things did not work out well.

Two years later, AOL offloaded Bebo for a measly $10 million to digital media investors Criterion Capital Partners. Bebo never recovered, and it later filed for bankruptcy before the Birches bought it back for $1 million in 2013 with a view toward reviving it.

We just bought Bebo back for $1m. Can we actually re-invent it? Who knows, but it will be fun trying…

Bebo kinda sorta returned in 2014 as a messaging app, but not much has happened with it since then. The Android app is still live, the iOS one isn’t, and Bebo.com is no more.

Founded out of New York in 2007, Tumblr was born at about the right time to capitalize on the new wave of social networking ushered in by the likes of Twitter and Facebook. And it came just as the smartphone revolution kicked into gear too.

Tumblr promised great things — it was a microblogging tool in essence similar to Twitter, but for longer-form content, though Tumblr also leaned heavily on visuals such as photos and GIFs. Yahoo snapped it up in 2013 for a little more than $1 billion, and the writing has been on the wall for Tumblr ever since — Yahoo has something of a track record of running its acquisitions into the ground. With Yahoo’s days numbered and reports of it writing down the goodwill value of Tumblr, it’s not yet clear what the future holds for the social network. While it is still popular, the original buzz and excitement around Tumblr has diminished.

Location-based social network Foursquare is one of the most-hyped startups to emerge out of New York in recent years, with founder Dennis Crowley gracing the covers of magazines, and $600 million valuations being thrown around at the height of its buzz back in 2010/2011.

Fast forward to 2014, and a relaunch that saw Foursquare scythed down the middle into two separate apps — Foursquare was to be the Yelp-killing business discovery app, and Swarm the social check-in app to tell all your friends where you are and where you’ve been.

Back in January of this year, Crowley stepped down as CEO, and the company announced a fresh $45 million funding round — with a reported valuation of $250 million. Foursquare is far from dead, but it is no longer the sexy upstart it was back in the day. It holds a significant amount of location data though, and it could prove a valuable acquisition for one of the big tech titans.

Google launched Google+, its long-awaited social network, in 2011 — the company’s fourth attempt after Orkut, Google Buzz, and Google Friend Connect. Though it garnered millions of “users,” Google+ never really took off in any meaningful way. Unlike Facebook or Twitter, which gained traction organically through incremental uptake and word-of-mouth, Google used its clout and existing traction to try to shoehorn its new social network into people’s lives. Google+ has often been praised for its design, features, and aesthetics, but ultimately people already had their social networks of choice, and the market probably didn’t need another one.

One of the biggest issues for users was being forced into signing up to Google+ to perform certain tasks, such as comment on YouTube videos. Google wanted to make Google+ the social “glue” that connected its products — your single online identity. But people didn’t want that, and Google slowly stopped forcing users to use a Google+ profile.

Google+ is still alive, and it may still find its place following a recent redesign, but Facebook and Twitter can rest easy for now.

Born in the heart of the smartphone revolution, Path could’ve been a contender — it took a different route from conventional social networks with a mobile-first approach that limited the number of friends to 50. This was later raised to 150 before the limit was removed altogether. Indeed, Path was struggling for growth and clearly wasn’t fulfilling its early potential — potential that led the company to spurn a $100 million acquisition offer from Google.

Path now exists as two separate apps, and the company was acquired by Daum Kakao last year to focus on its existing community of users in Asia.

Twitter is often judged against the mighty Facebook, which claims around 1.5 billion MAUs. But that may be the wrong way of looking at things. Twitter is still ridiculously popular, even though it’s finding it hard to attain the same meteoric growth Facebook has managed under Mark Zuckerberg. And that is the problem with having so many shareholders to appease — the expectations for a publicly traded company mean that the pressure is on to grow, and grow big.

But “infinite growth” isn’t the only metric by which to judge success. Twitter is still loved by millions — when you consider the many social networks that have risen and fallen over the past 10-15 years, Twitter is still standing tall. When ordinary people trying to circumvent a giant puddle becomes worldwide news, you know you have something special.