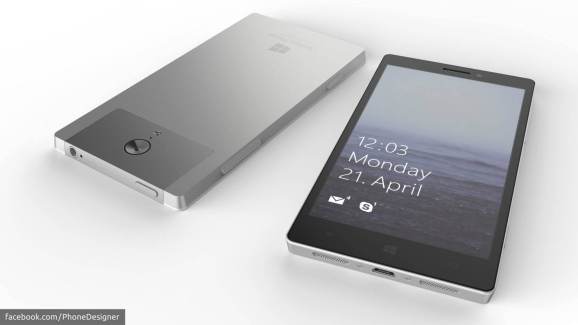 We’ve known for a long time that Microsoft’s Surface team is toying with the idea of building a premium smartphone. The latest rumor claimed such a device would arrive in the second half of 2016, but that timeframe has reportedly been pushed back to early 2017.

This tidbit comes from sources close to Microsoft’s plans cited by Windows Central, which is also claiming there could be up to three models of the Surface phone. The early plans allegedly point to a consumer model, a business model, and an enthusiast model.

But details are unsurprisingly still scarce. How the three models, if there really do end up being three, would be differentiated is not clear, but they would likely be offered at various price points depending on their specifications.

Coupled with the speculation that the Lumia 650 is the last Lumia phone, this rumor would point to Microsoft moving away from the budget mobile market and focusing on high-end phones. Surface devices are all about the high-end, so this is not much of a surprise.

The Surface phone is supposed to be built by the same Microsoft engineering team that built the Surface and Surface Book, led by Panos Panay. This team is responsible for Microsoft’s “premium” devices.

Given the constantly strengthening Android-iOS duopoly, and the fact that Windows 10 Mobile is essentially the last alternate mobile operating system left standing, there is a lot of excitement surrounding a potential Surface phone. Earlier this year, there was a lot of hype surrounding a simple domain name, for example.

Microsoft has a very slim chance of turning Windows 10 Mobile into a serious contender. It doesn’t help that the Lumia 950 and Lumia 950 XL, released in October 2015, were simply not very exciting devices.

But that doesn’t mean Microsoft can’t still see some kind of success in mobile. A serious flagship phone with a strong brand would certainly help.