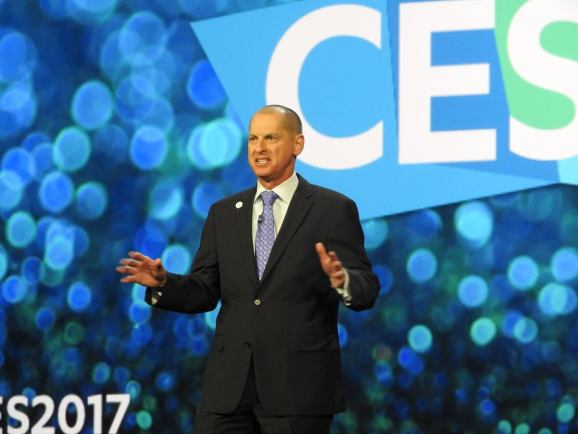 CES 2017 was set to be the biggest so far, with more exhibitors, products, and visitors than ever before in its 50 year history. But one signal sparked my interest above everything else: increasing focus on how technology brings value over technology per se.

It was hard to find anything not labeled “smart” or “intelligent” this year. While just a year ago AI seemed futuristic, people now expect it … and expect it to work straight out of the box. This is because we’ve reached sufficient maturity in what I call the 4Cs of useful AI: computing, connectivity, cognition, and convergence.

On the computing front Nvidia showed off ways to bank on its core competencies. Nvidia Shield and Spot were aimed to out-Google Google in the smart home, while GeForce Now brings gaming oomph to players with less potent machines. A partnership with Audi solidified Nvidia’s bet on AI-powered cars.

The leading cognitive platforms, such as IBM Watson, Apple Siri, Google Assistant, Samsung Viv, and Amazon Alexa, all want to be the platform for the smart world. Thousands of companies have already implemented Alexa and made 7,000 skills, which was powering everything from fridges to lights to cars. Samsung wasn’t yet showing off anything built on its recent acquisition Viv, but expect this to change very soon.

Convergence and integration via platforms like Apple’s Homekit or Samsung’s ARTIK IoT, helped by players such as Stringify and Eliot, are still probably the heaviest undertaking of the four C’s, thanks to the many players and standards involved. With more touchscreens, mics, and cloud services, expect navigating the world to become more flexible, but at the same time also more user friendly.

Being a business and service designer at heart, I’m always more interested in the human value delivered than the technological underpinnings. Here’s a look at some of the intelligent products and devices on display at CES through a few key value lenses.

Lots of solutions at CES aim at making things accessible, smoother, and faster. Heasy, a “robot as a service,” helps people find things and get around malls, resorts, and transportation hubs. Beijing Eywaybot’s MoRo will run your errands with a sensitive grip that doesn’t break or drop stuff. On the less humanoid end of robots, Genican scans things you throw in the trash to build you a shopping list, while RnD64’s AI-powered Hello Egg and a complementing app help millennials eat healthier, aiding meal planning and food purchase as well as cooking and serving.

Better intelligence can mean less wasted resources and more security. Starck-designed Netatmo thermostats promise to reduce your energy use, taking commands via knobs, speech, or a mobile app. The Zeeq pillow, Sleep Number 360 bed, and Dozer the Sleep Sheep are focused on personal conservation; they not only track your sleeping, but also help you spend your precious night hours better. On the cybersecurity front, Comcast’s Gateway is a smart hub for your home that also acts as a first line of cyber defense.

Cute and relatable were keywords at CES. Kuri elicited great reactions from the crowd, and many who used to laugh at robots said they were now ready for one. Even further from human form, but on the path to human acceptance, were Emotech’s Olly and Panasonic’s Egg. Mattel relates to a highly demanding audience with Aristotle, a smart night lamp optimized to take commands from inarticulate toddlers. On the higher end, Carnival builds its cruises around you with Ocean Medallion, which anticipates your moves and prepares things for you, from drinks at the bar to the AC in the room.

For taking your selfies to new heights, the Hover Camera Passport drone follows you around and takes commands. D-Vine aspires to higher levels of self-actualization as an intelligent “Keurig for Wines”: It learns your preferences, recommends new wines, and makes ordering easy. Toyota’s Concept-i car, another expression device, comes with Yui AI and expresses your personality inside and outside the car. In the workplace, Klaxoon Loupe gets everyone involved in creativity and decision making.

Kids, people with disabilities, and people who want to learn are now in focus for AI companies. Lego Boost enables learning programming and robotics with a lower barrier than its Mindstorms products. The Octopus smartwatch promises to become the “training wheels for good habits,” teaching kids the value of time and how to use it wisely. iPal and Yumii Cutii focus on empowering the elderly to stay in their home instead of having to move to care facilities. To lend some less fortunate senior people a hand, the Neofects Rapael smart glove provides stroke patients challenges and feedback for motor re-learning.

Smart systems will enable completely new forms of competition and leisure. Intel’s and Oakley’s Radar Pace glasses coach people in real time, tailoring programs and answering their questions. Halo Sport’s “neuropriming” methods and devices are showing results in personalized training among athletes and military personnel. In the gaming world, monster rigs, such as Razer’s Project Valerie, were the media’s and gamers’ favorites. But there were also smart new systems such as the 3D Rudder, which respond to the player’s gaze, movements, or gestures to leave their hands free while navigating virtual worlds.

All in all, I felt there was an increased focus on user value compared to previous years. And who knows, maybe even the seemingly ridiculous things, such as smart brushes, connected vinyls, and gaming candles, will be all the rage come next Christmas. But until then, I’ll keep talking to Alexa everywhere.