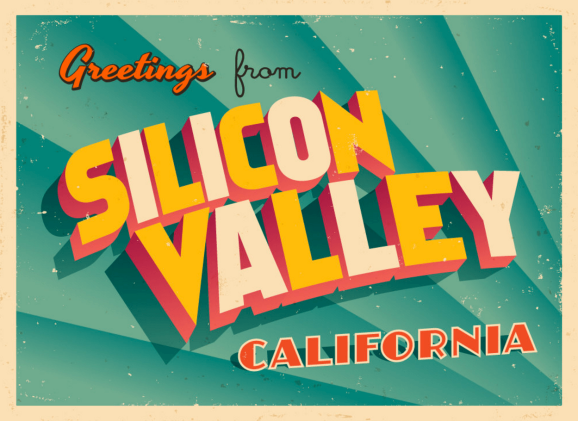 From Microsoft, IBM, and Twitter through Zenefits, Intel, and Autodesk, the year 2016 ushered in some notable “downsizing initiatives” across the technology industry. Throw into the mix heavily VC-funded startups selling for peanuts and high-profile companies closing and selling assets to competitors, and “wild” assertions that the big tech bubble is about to burst may not seem so “wild” after all.

Of course, dotcom-bubble-burst v.2.0 has been predicted pretty much since the big boom-and-bust at the turn of the century, which saw a swathe of vastly overvalued startups go belly-up, bringing an entire industry to its knees. But the doom-monger express chugs on, with many analysts, VCs, and experts predicting rocky roads ahead.

Just two weeks into the New Year, and we’re already seeing signs of what could be to come throughout 2017 and beyond. On January 12 alone, Twitter-like social network App.net announced it was shutting shop, while publicly traded music-streaming company Pandora revealed it was cutting 7 percent of its workforce, as rumors continue to circulate that it will soon be acquired. And a day earlier, three-year-old drone startup Lily, with $15 million in funding, announced it was closing down after failing to secure more funds.

But App.net, Pandora, and Lily are just the latest in a series of closures and downsizing announcements from across the technology industry in the first two weeks of 2017.

Less than a week into the new year, troubled cloud storage startup Bitcasa, funded to the tune of $21 million, posted a goodbye message to its website announcing that the company was no more. Official confirmation of what’s coming next for the people and platform has yet to emerge, but we heard that it may have been acquired by Intel.

It simply doesn’t serve people. In fact, it’s not designed to. The vast majority of articles, videos, and other ‘content’ we all consume on a daily basis is paid for — directly or indirectly — by corporations who are funding it in order to advance their goals. And it is measured, amplified, and rewarded based on its ability to do that. Period. As a result, we get … well, what we get. And it’s getting worse.

Elsewhere, Instagram-competing camera app company VSCO, with $70 million in VC money since its 2011 launch, revealed it was shuttering its New York office and laying off all the staff, though it wasn’t clear how many that amounted to. And San Francisco culinary startup Zesty, founded in 2012 and with $10 million in VC funding, reportedly terminated a $20,000 monthly lease on a Mission District hub late last year, and in the first week of 2017 laid off 13 members of staff.

Then there’s blood-testing company Theranos, which laid off 43 percent of its staff in October, amounting to 340 employees, and followed it up last week with another 41 percent cut, or 155 workers. But that debacle is less to do with the state of its industry than longstanding controversy around the company’s flawed working practices. Still, the Palo Alto company is a major figure in the Silicon Valley startup scene, having nabbed more than $600 million in equity financing since its inception in 2003. Incidentally, the very same day, fellow medical-testing company Counsyl, with more than $150 million in VC funding, revealed it was cutting 5 percent of its workforce, equating to 24 people.

With almost $80 million in VC funding to its name, San Francisco-based events app maker DoubleDutch revealed it was cutting around 70 positions, or 40 percent of its workforce. This came six months after it announced another major staff cull.

Closures and cuts in 2017 haven’t been limited to U.S. companies. Earlier this week, London-based smartwatch maker Vector Watch announced it was closing down, with Fitbit snapping up the team and technology — a move that followed a month after the exact same thing happened with Pebble.

So what does this all mean for the year ahead? Doom and gloom, or hope?

Jerry Chen, partner at Greylock Partners, was equally dismissive of such suggestions, saying:

I don’t think we will see a burst, but interest rate hikes combined with investors who start to weigh risk better will lead to a new normal.

We experienced a significant market correction earlier this year, and the market will no longer tolerate growth at all costs and companies with high burn rates. But the market will reward companies who build competitive moats, using cash strategically, and execute an effective go-to-market business model.

“I look at 2017 as an exciting year,” said Riley. “Secular growth for this sector is particularly strong for the next three to five years.” He added that he doesn’t foresee the same “irrational exuberance” that he saw back in 1999 and 2000.

It’s clear there will be more upheaval across the technology industry this year, with Twitter still in trouble and SoundCloud urgently seeking a buyer. But it’s easy to look at a handful of examples and extrapolate any number of conclusions.

The flurry of closures and layoffs we’ve seen so far in 2017 could easily be a result of companies delaying announcements until after the Christmas break. Or it could be indicative of a major trend we’ll continue to see throughout the year. We’ll have to wait and see.