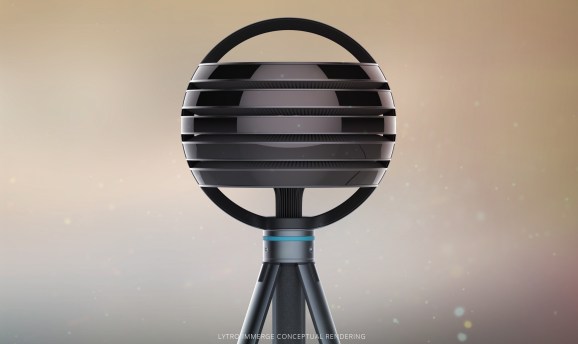 Lytro may have had some setbacks in 2016, but it appears to be onto something. Investors have noticed the potential of the company’s light field technology, so much that Lytro has raised another round of funding, bringing in $60 million in new capital. The lead investor is Blue Pool Capital, which is affiliated with Alibaba cofounders Jack Ma and Joseph Tsai, and there are plans to use the additional resources to bring Lytro’s technology to Asia.

“We believe that Asia in general and China in particular represent hugely important markets for VR and cinematic content over the next five years,” said company CEO Jason Rosenthal. “A key goal of this capital raise was to assemble a group of trusted capital partners to help us best understand and navigate this new market.”

Lytro wants to be a major player for studios and companies seeking high-quality production value for their VR projects. Rosenthal told VentureBeat that he sees this space as being a “new computing platform bigger than the mobile revolution. From entertainment, to education, training, and teleportation, how we get together and meet will be transformed by this medium.” And the company doesn’t think its focus should be limited to just the U.S., one of the largest markets for virtual reality, which is why it’s now targeting Asia and Greater China.

While Lytro currently doesn’t have any business operations in Asia, its Immerge and Cinema hardware devices and accompanying software can be used around the world. Rosenthal believes that the Asian market will be important over the next couple of years, which is why it has brought on board “a set of sophisticated and trusted advisors both on the financial and strategic front of the company.”

What’s noteworthy about the funding are the investors and potential implications. Lytro has abandoned its original plan of producing technology for consumer use and instead shifted towards the enterprise: not just filmmakers and artists, but also manufacturers that want to provide VR capabilities in their devices. This might include the likes of Foxconn, which has been a leading builder of iPhones — there have been rumors of the iPhone 8 supporting VR and augmented reality — or maybe helping Alibaba out to build out its version of Amazon Video.

In other news, Lytro revealed that its Immerge camera is now production ready and is already being used in multiple projects, with the first one at VR studio Within. The film is still in post-production work and expected to premiere next quarter. Previously, Lytro had created demo projects themselves, including one called “Moon” that offered a take on the moon landing.

So how does Rosenthal view his company’s success so far after pivoting? In one word: “Ecstatic.” He explained that moving away from the consumer market towards being business-focused has worked great for Lytro. “First, the product market fit for what we’re doing here is better than the consumer [space] — we’re fighting against Moore’s law…From a margin structure and meeting the needs of customers, everything is doing great. This is where we want to be,” Rosenthal said.

Lytro has raised more than $210 million in venture funding to date.