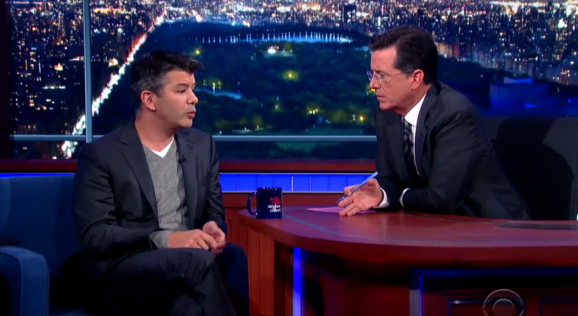 Last month, Uber chief executive Travis Kalanick was caught on tape berating a driver. In an apology posted afterwards, Kalanick admitted that his behavior was “a reflection” on himself and that he needed leadership help. A week later, he announced that the company has begun a search for a chief operating officer, a partner to move Uber forward and basically reform Kalanick.

The official announcement did not list what Uber is looking for in its number two or what that would mean for current president Jeff Jones, who joined the company in August. One potential is that the new COO would oversee all the operations of the company, including autonomous vehicles and food delivery, while Jones could be relegated to ridesharing.

Word of Uber’s search first surfaced on The Information (subscription required) this weekend, and there are reports suggesting that Kalanick’s “dream candidates” include former Disney COO Tom Staggs and CVS executive Helena Foulkes. Sources have also told Recode that Uber’s board would prefer a female candidate, which would bring more diversity to the company at a time when it’s dealing with allegations of sexual harassment from at least two former employees. In response to those incidents, Kalanick ordered an immediate independent investigation led by former U.S. Attorney General Eric Holder.

Uber has also promised to release a diversity report this spring.

But beyond the claims of sexual harassment and the verbal attack of a driver, the company has also been forced to deal with a report claiming it employed a secret tool that “greyballed” authorities to prevent drivers from being caught operating illegally in certain markets.

Casualties in all of this include product head Ed Baker and engineering executive Amit Singhal. The latter was believed to have been dismissed after Uber was notified of sexual harassment allegations made against Singhal when he was at Google.

Uber is hoping that a competent COO will be able to teach Kalanick how to be a better leader and implement changes that reshape the company culture and right the on-demand transit giant.