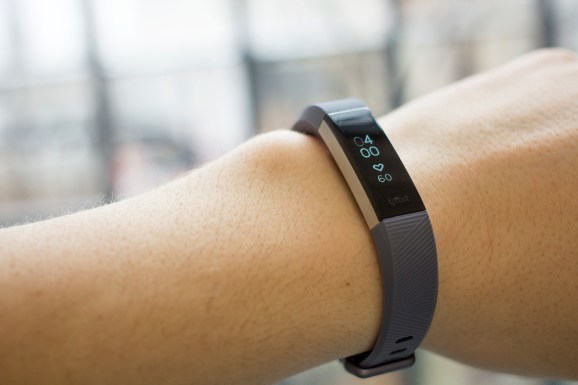 Fitbit’s latest device, the Alta HR, is more of the same.

For Fitbit fans, this is great news. Since 2009, the company has built an empire on activity trackers, and Fitbit has shrunk its heart rate sensing technology down into smaller and smaller packages, this time fitting it inside the body of the preexisting Alta wearable, which Fitbit markets as its most fashionable gadget.

But more of the same is bad news for all but the most diehard Fitbit users. The adage “if it ain’t broke” doesn’t fit here.

After subpar holiday sales in 2016, Fitbit announced plans to axe 110 jobs — six percent of its staff. Word of this drove Fitbit’s stock down 12 percent that day, and the company hasn’t recovered since. Amid competition from Apple and Garmin, among others, Fitbit has found that its strategy of selling more or less the same devices every year isn’t working. Now it’s time to ask: What will Fitbit’s next act be? It is certainly not the Alta HR.

It’s hard to cheer for Fitbit’s latest product, an unremarkable upgrade to the slimmed-down Alta tracker. In the little time I’ve spent with it I can attest that it looks like a Fitbit, feels like a Fitbit, and appears just as reliable and sturdy as the company’s recent products. It will probably sell like a Fitbit, too — still something most wearable makers dream of — but that was once a stronger argument in favor of such product releases than it is today.

If you already like Fitbits or have your heart set on trying one, by all means get an Alta HR. If you aren’t swayed yet, this device is hardly any more convincing than last year’s release.

Since Fitbit outgrew its pebble-shaped step counters a few years ago, the company has walked the line between smart fitness watch and smartwatch. Feature for feature, this makes the $130 Alta tracker and the $150 Alta HR both pretty good deals. But Fitbit’s expanding features — most recently, quirky reminders to move and smarter sleep tracking — are starting to overwhelm the company’s wide and narrow bracelet-sized screens.

Fitbit itself has suggested that a full-fledged smartwatch is coming soon. But after buying indie smartwatch makers Pebble and Vector for a combined $38 million, how much longer can the company wait?

At the press unveiling for the Alta HR, Fitbit teased that its ability to miniaturize its heart rate technology and make room for other sensors will open new opportunities for the company in the future. Hopefully, Fitbit does something interesting and new with all that extra space — and soon. Our attention spans are at stake.