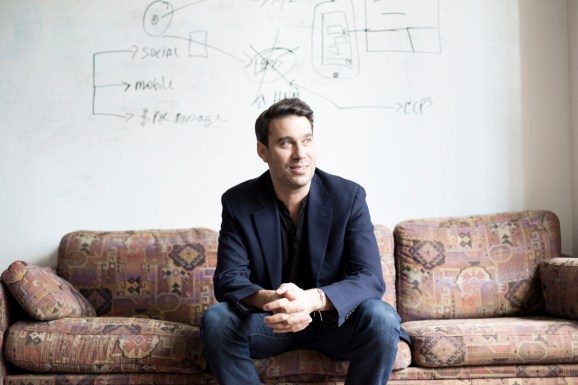 In the online chat world, LivePerson enjoys the rare distinction of being more than 20 years old.

While many of its counterparts in the bot-AI world are still sucking from baby bottles — having entered the market last year alongside Facebook and Microsoft — LivePerson is entitled to sip single-malt scotch. But last year the $210 million publicly traded company got up from its bar stool and began using automated bots inside its live chat client, LiveEngage.

“I stayed out of this for a long time,” CEO Rob LoCascio said in a phone interview with VentureBeat. “Earlier, there was a temptation for these things called ‘virtual agents,’ back when it was just chat on the web, and a lot of these virtual agents came out. Our customers would deploy and have 80 to 90 percent failure rates, which ended up driving customers to a phone call, and it makes the customer very frustrated so I stayed out of it.”

What changed, LoCascio said, is the AI got better, at least for some. Large, established players like IBM are making worthwhile AI services because they’re backed by good datasets, LoCascio explained, while many other startups in the space are masquerading as AI and lowering the consensus opinion of AI-powered bots.

“The most valuable things I can do is not call to change my payment but have an automated process for that. Or if I want to upgrade my phone or change my phone or look at my bill or dispute my bill, all of that is the real heart of this stuff. Most people don’t know that, because there are a lot of startups in this space that don’t understand the enterprise,” he said. “I think there’s a great disappointment in a lot of the bots because of that, but we’re focused on the transaction side of it: How do you make them transactional?”

LivePerson started in customer service live web chat in the 1990s, and until recently only provided web chat services. Beginning last year, the company has started to adjust to the omnichannel chat age. Last April, at the annual F8 Facebook developers conference where the Messenger Platform for bots was first introduced, LivePerson launched a Facebook Messenger integration, the company’s first chat offering beyond the web.

Today, alongside in-app and Facebook Messenger integrations, the company offers Google AdWords text messaging and other live chat services beyond the little chat bubble you sometimes see at the bottom of a web page.

The company is also beginning to roll out Facebook Messenger bots for people who work with teams of customer service agents to find out customer wait times, the number of people sending messages to your business at the moment, and customer satisfaction scores.

LivePerson is just beginning to roll out custom-made bots for customers, and those bots will come to incorporate more LivePerson intelligence in the future, LoCascio said, as part of the company’s strategy in a rapidly changing industry.

As testament to this change, a popular Kia Super Bowl ad featuring comedian Melissa McCarthy debuted not during the Super Bowl, but through NiroBot, a Facebook Messenger bot that utilizes LivePerson tech.

However, the average bot today has a pretty low success rate, LoCascio said, which is why he believes the human-bot combination is the best approach for both the customer and the customer service representative they speak with. He calls this commingling of a bot and customer service agent a “tango.”

Human customer service agents also use LivePerson tech for suggested replies — like the kinds seen on Allo, LinkedIn, and M from Facebook Messenger.

LivePerson also deploys sentiment analysis AI to determine if a conversation between an agent and a customer went well, based on the words each says during a conversation. The suggested reply approach is intended to support human customer service agents who are asked to handle multiple chat sessions at once. The same approach is used by KLM Airlines, with tech from DigitalGenius.

“The limit on agent productivity is typing, so if we can provide the agent with a good answer to a question and even take the answer the customer service [representative] used in the past from the transcript, there’s something very powerful, and that’s really what we’re trying to provide,” LoCascio said.

Since LivePerson has recorded billions of conversations since the 1990s, he said, the company will be able to continue creating AI services that leverage its data for LivePerson products and for a limited number of partners. LivePerson AI services will be made both in-house and with outside partners (to be announced soon), a LivePerson spokesperson said.

“We see LiveEngage as an open platform that companies can plug into — both bots on the front end, and back-end systems like CRM, ecommerce, and so on. We have AI services and best practices based on our enormous databases of chat history, and we also make that available in a limited way to partners and customers, so they can benefit from it. But our business is as a platform company,” the spokesperson told VentureBeat in an email.

With an eye on the future of live people in customer service, LoCascio said he spends a fair amount of time wondering how many of the millions of customer service representatives in the United States will still have jobs in a couple of years.

“The question is once again how many of the four million customer service agents remain after bots get enough data to be intelligent. That I don’t have an answer to. I can say today this tango concept for large-scale enterprises [is getting] into bots, and from there we’ll see how we move,” he said.

Other customer service analytics companies with plans to leverage conversations between brands and customers include Mattersight, which has recorded customer-to-business phone calls for a decade. Mattersight plans to use unique biometric voice signatures to sell people ads based on their mood or personality.

LivePerson reported $56.1 million in revenue in Q4 2016, down 5 percent from the same quarter in the prior year. The company is headquartered in New York City and has more than 1,000 employees in nine cities, including San Francisco, London, Tel Aviv, and Atlanta.