Samsung is no stranger to the world of venture capital — it ranked as one of the most active corporate-backed venture firms in 2016. But at the beginning of this year, the company underwent a transformation, launching a new $150 million fund to spend on emerging-tech startups. Called Samsung NEXT, this new investment vehicle is the result of experimentation by the electronics manufacturer to see if it has what it takes to move fast to “invest and grow.”

In an interview with VentureBeat, Samsung NEXT principal Christina Bechhold spoke about the company’s vision, its desire to move deeper into venture capital, and how it plans on making investments in early-stage companies. 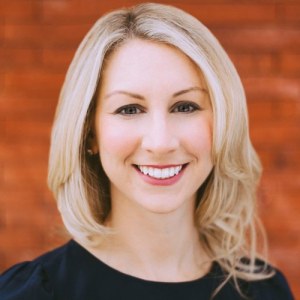 “Our vision has always been about early stage,” she said, explaining that Samsung started out with an accelerator to focus on the ideation stage, but has also been about participating in a proper seed round. The organization is similar to GV, Singtel Innov8, Intel Capital, Salesforce Ventures, and Verizon Ventures in that there’s only one limited partner — in this case Samsung — and it’s designed to move faster than ever before. “If we want to have the best and brightest venture opportunities, we will need to,” Bechhold said. “It’s a pretty significant differentiator than the corporate venture space where companies are investing from the balance sheet.”

Previously, Samsung made investments through its venture arm and supported early-stage startups through its accelerator. But now both programs are under the NEXT umbrella: Samsung NEXT Start (the accelerator) and NEXT Ventures (the VC firm). With the latter, Bechhold’s team is looking to fund emerging technologies, including companies involved in virtual reality, artificial intelligence, Internet of Things, and other “frontier technologies.” Samsung Ventures continues to exist, but for later-stage companies, as does the company’s Catalyst Fund to invest $100 million into semiconductor-related businesses.

“We’re investing in companies where we can add significant value to their products and company,” Bechhold shared. As relates to NEXT Ventures’ core categories, they’re areas that “touch pretty much everything, consumer or enterprise. A smart smoothie machine probably has a data or AI piece. This allows us to look across all the opportunities and maybe…find a piece that fits in there.”

Unlike before, when Samsung would be the sole investor in a round, NEXT Ventures is a joint investment enterprise, though the firm will occasionally lead rounds. “We’re shifting to where we can add value with shared resources,” Bechhold told us. “Sometimes we can make investments because there’s a strong strategic alignment with our portfolio, and other times, there are strong financial opportunities but also strong strategic alignment. We’re trying to balance that holistically.” 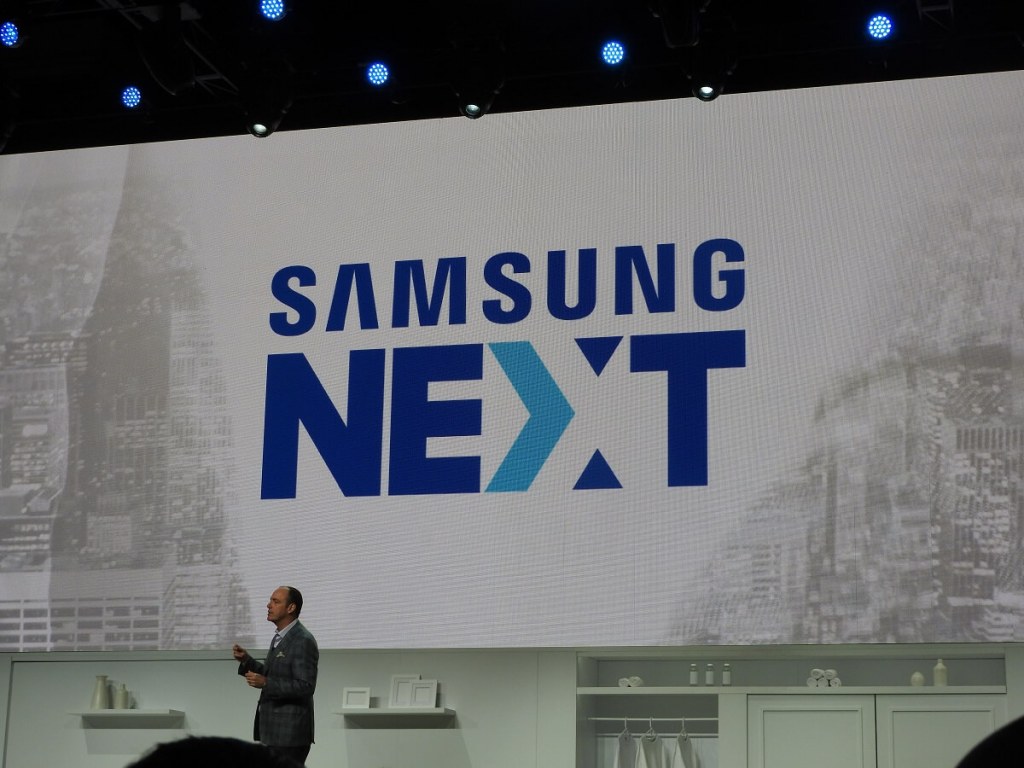 Startups that receive funding from Samsung NEXT won’t be made to offer exclusivity or given any restrictive requirements that benefit Samsung. Rather, the firm believes that as a financial partner it could potentially help accelerate startups’ growth by pairing them with individuals and technology Samsung has available, be that in mobile, semiconductors, appliance, television, virtual reality, or AI.

When we asked what’s in Samsung NEXT’s “secret sauce,” Bechhold explained that the firm is “fortunate so that we have access to a huge company of platforms who give us insider knowledge on where the future is headed, and that helps us determine which opportunities are relevant [or] not. I think having some idea of what the roadmap will be for Samsung products and where they’re headed and likely opportunities helps to determine whether a collaboration opportunity is likely.”

She stated that NEXT Ventures is there to complement any efforts Samsung’s LP is doing, saying the investment firm is about discovering new opportunities and working with startups in those areas. Bechhold shared what Samsung is looking for when it comes to virtual and augmented reality, the Internet of Things, AI, and data sectors where investments will be made:

While portfolio companies get to be associated with Samsung, that doesn’t mean that they’re going to be given wide access to the toys Samsung has. Bechhold said that this can vary by startup. Some may just need VR headsets or deep integration into its technology, in which case Samsung would provide access from its research and development group. It’s about “what Samsung can offer and what startups need,” Bechhold explained.

“A big part of our job is thinking ahead, not just 6 to 12 months, but 3 to 10 years out and identifying trends and opportunities that will transform the experience for our users. We have full autonomy,” she summarized.

Updated as of 9:43 a.m. Pacific on Monday: Amended post to state that Samsung NEXT ventures is complementary to other efforts by the company.