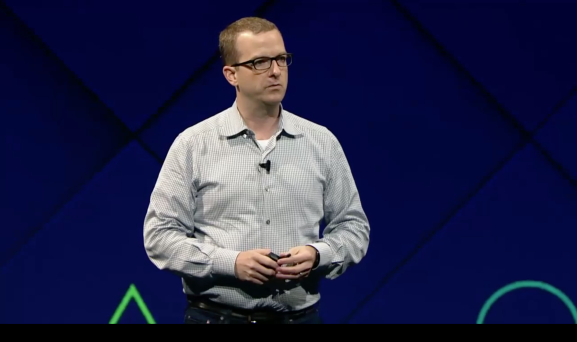 At its F8 developer conference in San Francisco today, Facebook introduced the latest technology for expanding internet access. It’s a little helicopter with a power line and a fiber optic cable that will be able to drop in and quickly provide a connection. Obviously this isn’t the sort of thing Facebook would deploy in droves, but it could be helpful after an internet-killing hurricane or some other natural disaster.

Facebook calls this technology a Tether-tenna. It’s like tethering with your phone in order to use other devices with your phone’s connection, but certainly different in its appearance, and also functionally different.

“If the fiber line is still good to a certain point, we can make a virtual tower by flying a Tether-tenna a few hundred feet from the ground. When completed, this technology will be able to be deployed immediately and operate for months at a time to bring back connectivity in case of an emergency — ensuring the local community can stay connected while the in-ground connectivity is under repair,” Yael Maguire, director of Facebook’s connectivity program, wrote in a blog post.

The Tether-tenna bears some resemblance to Facebook’s Aquila drone, which beams internet down from the skies, in the sense that both fly. Aquila does not have a human driver onboard, and in the future Tether-tenna will be able to do its thing without a human pilot “for months at a time,” Maguire wrote.

Facebook has also developed the OpenCellular wireless access point hardware, as well as antennas for delivering internet in urban and rural areas. OpenCellular is part of the Telecom Infra Project (TIP), where Facebook collaborates with third parties including Deutsche Telekom and Nokia.