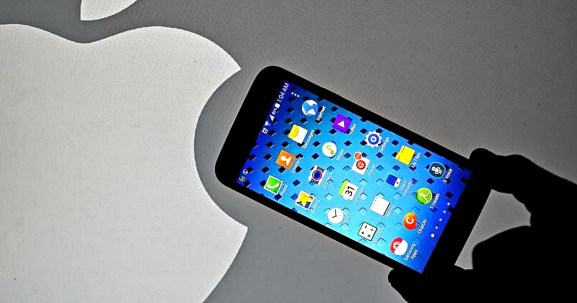 Smartphone vendors shipped a total of 347.4 million smartphones worldwide last quarter, up 4.3 percent from the 332.9 million units in Q1 2016. Looking at the top five vendors, Samsung and Apple both lost share while Huawei, Oppo, and Vivo all grew.

In Q1 2017, the South Korean company once again shipped more smartphones than any other vendor. Its American counterpart managed to close the market share gap slightly, but only because the two saw flat shipments year-over-year. Meanwhile, the Chinese trio, as I like to call them, all shipped more smartphones than a year ago. The latest quarterly figures come from IDC, which summarized its findings in the following chart:

As you can see above, Samsung’s market share fell 1.0 percentage points (from 23.8 percent to 22.8 percent) as it shipped the same number of smartphones: 79.2 million. Every quarter, Samsung owns about a fifth of the market, and that remained true for the start of 2017. IDC believes the success of the Galaxy S7 and Galaxy S7 Edge was extended courtesy of substantial discounts meant to make room for the Galaxy S8 and Galaxy S8+. Samsung’s more affordable A Series and J Series continued to perform well in both developed and emerging markets.

Apple, meanwhile, slipped 0.5 points (to 14.9 percent) as shipments were up by only some 400,000 units to 51.6 million. Put another way, Apple did not benefit much from Samsung’s woes, at least not in the short term. The higher-capacity iPhone SE and red iPhone 7 arrived at the end of the quarter, though nobody was really expecting either to move the needle.

Huawei gained 1.4 points (to 9.8 percent), Oppo increased 1.5 points (to 7.4 percent), and Vivo grabbed 0.8 points (to 5.2 percent). While the Android and iOS duopoly doesn’t look like it’s going away, the Samsung-Apple duopoly keeps eroding.

Chinese brands Oppo and Vivo last year pushed out previous fourth- and fifth-place players Lenovo and Xiaomi, and the Chinese pair don’t appear to be going away in 2017. As China’s smartphone market matures, these players are already looking to the worldwide stage. Their value-packed devices offer the latest features at a fraction of the cost, compared to market leaders Samsung and Apple. The latest smartphone trend of affordable high-end devices does not favor the duo.

“Although we have seen an abundance of premium redesigned flagships that just entered the market, moving forward, we still expect most of the growth to come from more affordable models in a variety of markets,” IDC research manager Anthony Scarsella said in a statement. “Despite all the popularity and media hype around premium devices, we continue to witness a shift in many companies’ portfolios geared toward affordable devices with premium-type styling compared to flagship models. Companies have started to implement a single premium design language that ultimately blurs the lines between the high-end and the low-end, allowing the average consumer to jump on the brand without a hefty upfront investment.”