Founded in 2016 by Yunha Kim after she sold her previous startup, Simple Habit seeks to tackle stress through an app that curates the best meditation teachings into short programs aimed at super-busy people. Designed in conjunction with a Harvard psychologist, the five-minute meditations are tailored to specific situations, such as dealing with a difficult boss, relationship stress, trouble sleeping, or fear of public speaking. 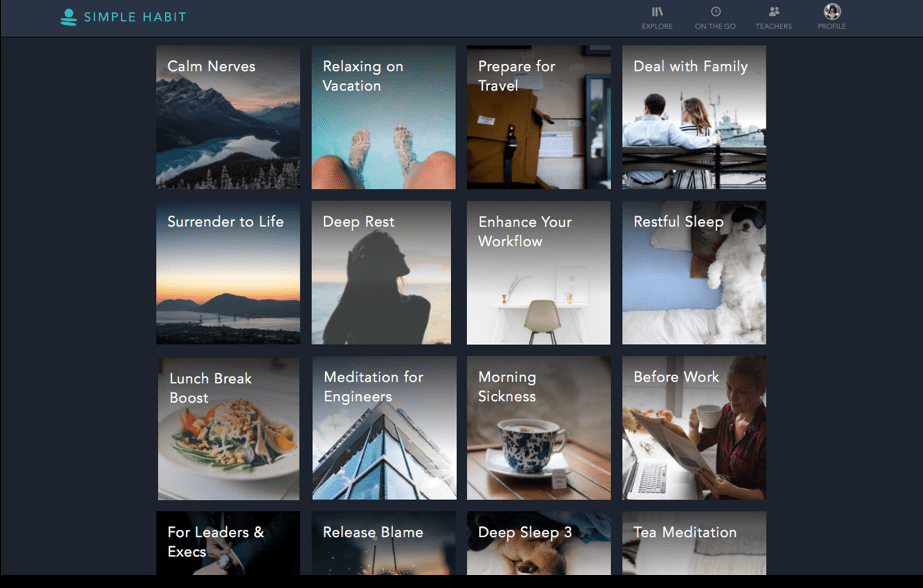 Available on Android, iOS, and the web, Simple Habit offers a free version of the service with around 50 sessions and podcasts across various topics. But to unlock the app’s full potential, including more than a thousand meditations, you’ll need to pay $12 / month if charged monthly or $99 a year if charged annually. Alternatively, you can shell out $299 as a one-time fee and never pay anything else ever again.

“We aim to help millions of people throughout the world live more mindfully,” said Kim, adding that, “this new round of financing will allow us to expand our team in San Francisco.”

Simple Habit isn’t the only company operating in the meditation space. Fellow Californian startup Headspace offers something similar, but with sessions up to 10 minutes in length. It has raised around $40 million since its inception back in 2010 and recently announced a joint subscription option with Spotify.