WhatsApp users with iPhones will soon be able to add filters to photos, videos, and GIFs, one of three changes to the popular app announced today.

Filters available at launch for iOS users of WhatsApp include pop, black and white, cool, chrome, and film.

Albums are formed automatically each time four or more photos or videos are shared in a conversation. The album will then appear as a tile in conversations. The automatic generation of albums was also announced last week for the redesigned Skype app being rolled out over the course of the next month to iOS and Android users worldwide. 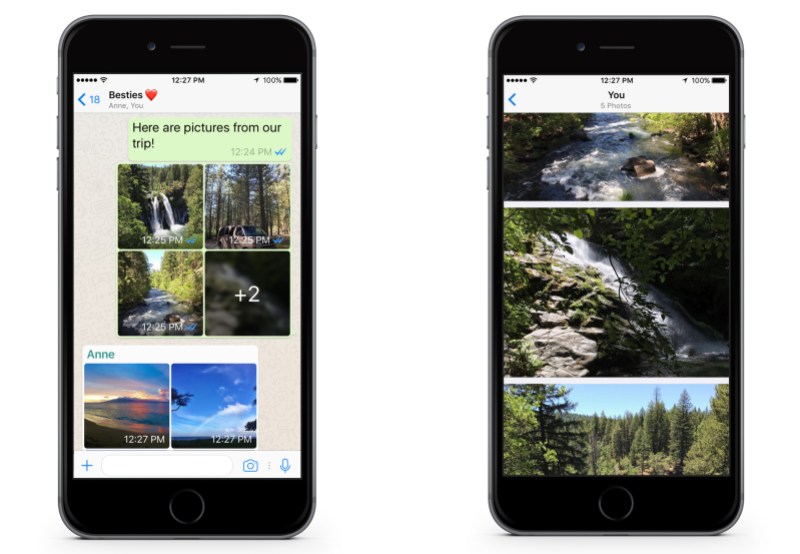 Above: WhatsApp Albums are generated any time four or more photos or videos are shared

Finally, Reply Shortcuts allows a person to reply to any message in a conversation with a simple swipe right.

No date has been set for when Filters, Albums, or Reply Shortcusts will be made available to Android users, a WhatsApp spokesperson told VentureBeat.

New features announced today come after months of redesign of WhatsApp to be more like Snapchat. In February, WhatsApp got status updates that disappear within 24 hours, and last October users got the ability to draw or add emojis to photos.